Today marked the release of Yu-Gi-Oh! Master Duel, a free-to-play card game from Konami. Only a few hours after its release, it can already be said that title has turned out to be a great success.

At the time of writing Yu-Gi-Oh! Master Duel is being played by 109 thousand people on Steam. This enabled the game to break into the top five of the most popular titles in this service. What's more, the activity results are growing, as more players join the game. The card game has already surpassed such hits as Grand Theft Auto V or Naraka: Bladepoint.

Yu-Gi-Oh! Master Duel is not only very popular, but also received a warm reception. On Steam, 90% of user reviews are positive, which is categorized as a "very positive" reception. 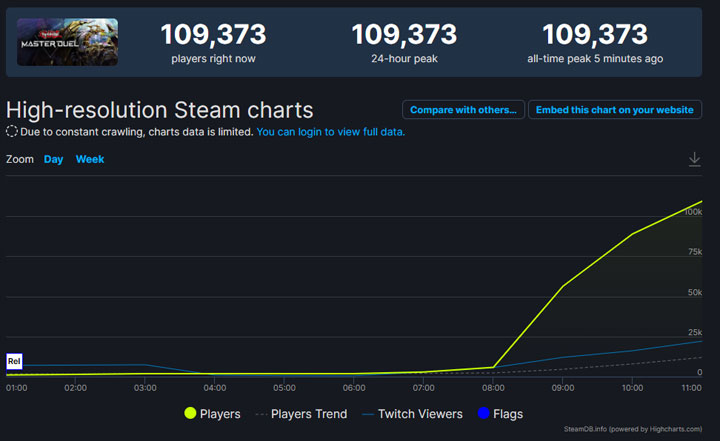 All these numbers, although impressive, do not fully reflect the game's popularity. Yu-Gi-Oh! Master Duel also debuted on Xbox One, PlayStation 4, Nintendo Switch, Xbox Series X/S and PlayStation 5.

The developers are also planning to release the game on iOS and Android mobile devices. These versions, however, will be released after some time.

The game's success should come as no surprise. The original card game is very popular, and Yu-Gi-Oh! Master Duel recreates both the rules of the Asian Official Card Game (OCG) and the Western Trading Card Game (TCG). On top of that, it offers extensive story campaigns in addition to multiplayer.

CoD Vanguard and Cold War are Top-selling Games in US

40 Minutes of Gameplay From Elden Ring; New Enemies and Bosses

CoD Vanguard and Cold War are Top-selling Games in US