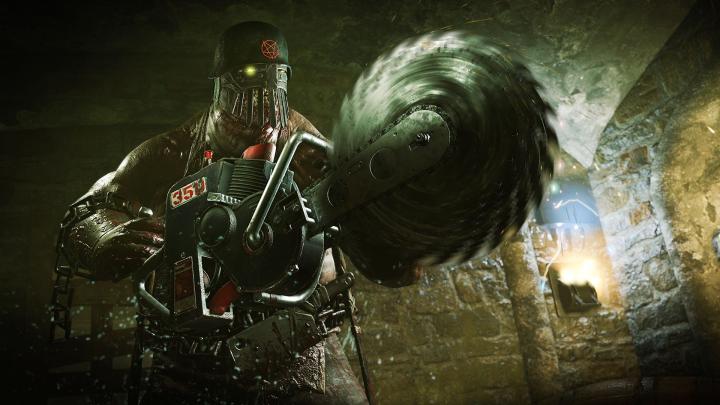 Fans of bloody slaughter and Rebellion games have something to look forward to at the beginning of 2020.

Rebellion has released new trailers presenting Zombie Army 4: Dead War. The first one announces a bloody co-op battle with Nazi zombies and reveals the game's release date, set for February 4, 2020. The second one presents the collector's edition containing a 60-page artbook, a 25-centimeter zombie shark figurine, soundtrack, undead airman pack to use in the game, a special steelbook and a large box with graphics from the game, where you can put all the extras. It will be available only for the current generation of consoles, and the suggested price is not yet known.

Today's announcements of Zombie Army 4: Dead War also bring the launch of pre-purchase. In addition to the most expensive collector's edition, three smaller editions are available: standard, Deluxe and Super Deluxe with season pass. They differ in additional content such as packages and weapon skins, character pack and special missions. For more details, see the official website and product card at Epic Games. 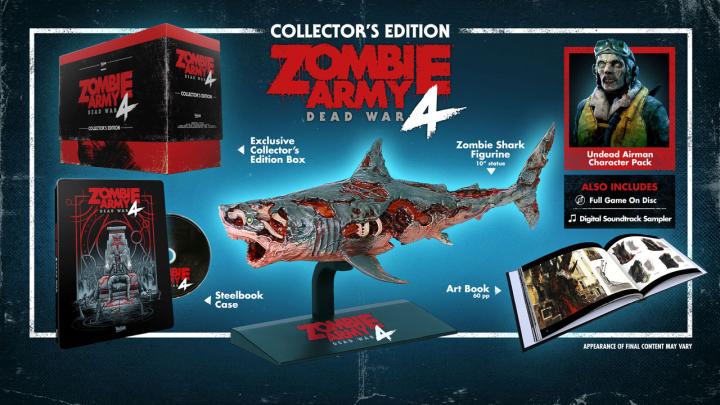 Here is a visualization of the content of the collector's edition

Zombie Army 4: Dead War is the next installment of the spin-off based on the Sniper Elite series. Apparently, the popularity of Rebellion's co-op games (for up to four players), in which we battle zombie hordes, still persists. The upcoming title is to continue the events known from the Zombie Army trilogy and the action will take players to Italy in an alternative version of 1946.

The game will be released on the same day on PC, PlayStation 4 and Xbox One. The PC edition will be temporarily be available only on Epic Games Store, likely for a year.