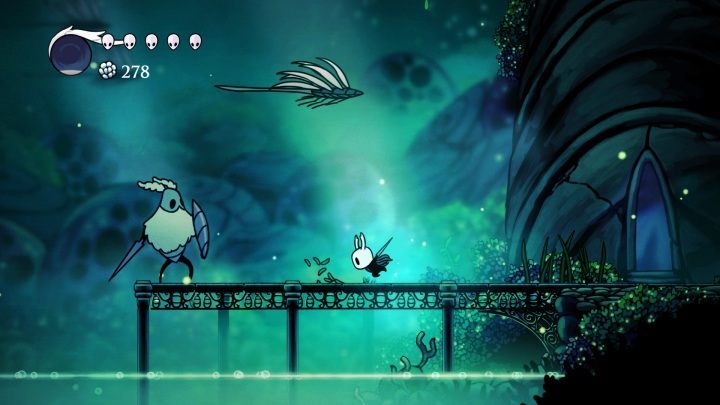 Sometimes we want to rack the brain, other times we want to test manual skills. If you feel like more like the latter, the indie platfromer metroidvania Hollow Knight from Team Cherry is a great choice. As a metroidvania, this game offers an open-ended exploration of extensive levels, developing the character and finding new toys.

Exploration alone is amazing in this game  the dilapidated villages of Dirthmouth and the underground kingdom of Hallownest. Initially, navigating this environment isn't easy. You really need to pay attention to where subsequent teleports and passages lead you. Combat is also quite demanding  the basics are straightforward enough, but the sheer number of enemies, who use all kinds of different attack patters, makes mastering it a real feat. To survive, we have to study all of them (a bit like in Dark Souls).

An additional reason to get acquainted with the game right now may also be the fact that the creators are already working on a sequel  Hollow Knight: Silksong.