The golden age of MMORPGs is long gone and I have been saying for years that this genre is stagnant. The most popular games are universally old, and new titles can rarely challenge them. In 2019 and 2020, I prepared two lists containing the most interesting upcoming MMORPGs, most of which turned out to be a minor or major failures. There was no revolution: Crowfall, Mortal Online 2 and New World did not dominate the market, Starbase is heavily criticized, and Temtem barely got out of Early Access. How to live and what to play, you ask?

We may be short on new games, but that's bound to change! As an incurable optimist, I am counting on a few upcoming titles. And though I know that I will probably be disappointed in most of them, I am always happy to test a new MMORPG. It's better than returning to World of Warcraft for the hundredth time, so I have prepared a list of new games in the genre, some of which we have been anticipating for a while now. Of course, if you have some of your own ideas, please mention them in the comments.

The big losers of recent months

The games mentioned in the introduction may not have been a revolution in the genre, but at least they came out and are trying to survive. Below is a shortlist of games you should not look forward to, as they've either been canceled or released in a disastrous condition:

If you've had any hopes for these games, for your own sanity, give them up as soon as possible. Nothing good will come out of them anymore, so it's just a waste of time. 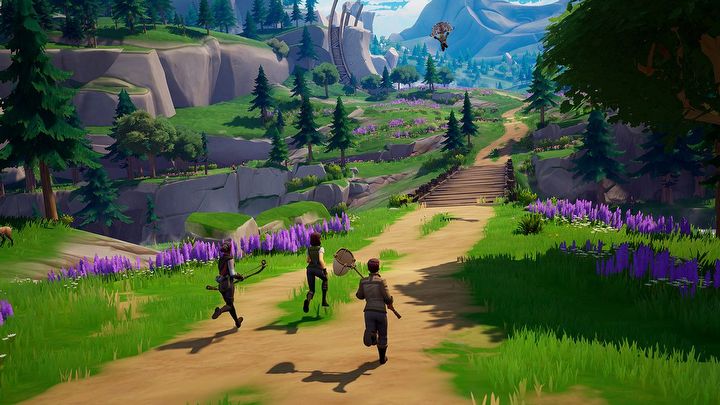 Former Riot Games and Blizzard employees have teamed up to deliver something new, and named their game Palia. Palia is supposed to represent the Massively Multiplayer Community Sim genre and in fact – something's up. We will not get a significant combat system, that would allow for competition between players, or more interesting battles with artificial intelligence. Instead, the game will focus on exploring the world, collecting items and building a society together.

Palia will offer a simple storyline, but the essence of the game will be a large open world that we will discover and adapt to our own preferences. The mainstay will be decorating houses, fishing, cooking or tending to your own garden. Imagine Animal Crossing, but on a grander scale, and you will easily understand what Palia is supposed to be. In the context of these assumptions, it's indeed a revolution in the genre, but will it generate enough interest? It's hard to say!