Undercover agents and astronauts are hired through the Internet 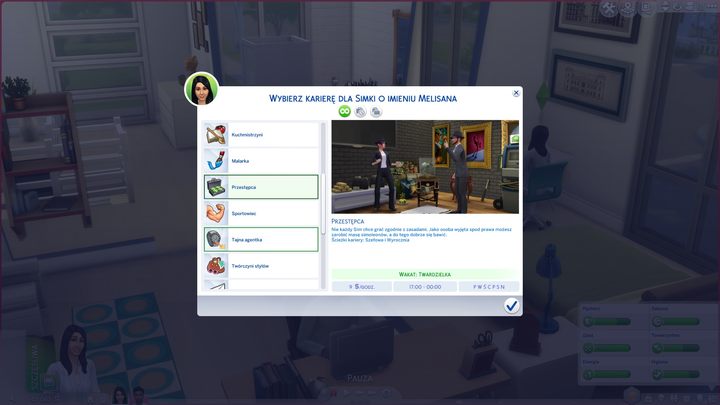 Transparency policy. The sims are not messing around  astronauts, criminals, influencers, secret agents, and other professions that should in theory be very exclusive, are at your fingertips.

Area 51 was secret, and what did that lead to? Storms, movies, books, conspiracy theories. Nothing good, simply put. The public opinion is perfectly aware of everything that's going on there, by the way, and it's just that the government is denying it. Trying to pull wool over our eyes with unreliable stories about some off-limits air base. All this mess led to the aliens moving to Sixam (did you think they were still in Nevada? Bah!). At lest no one's bothering them anymore. And why all the fuss, why playing cat and mouse? After all, each of us can become an agent and find out everything themselves.

Imagine this mundane situation: you are reading a newspaper, or surfing the Internet, flipping through job ads in search of a barista gig, and then your attention is riveted by the announcement of a career in a secret service. Most people would think it's a joke. But not you. You've played The Sims, you know how the world works. Government excuses will not distract you. You just pick up the phone, make one call, and the post is yours. You have a dream job, and the secrets are safe with you.

It's common knowledge that neither experience, nor engineering skills are as useful on a space station as the number of friends. Simple? Dead simple. The world is your oyster!