E3 came and went. After last year's turmoil, the biggest game industry event came back online. Live streamed and pre-recorded performances and presentations have worked well for some, while others were clearly still learning the difficult art of keeping the online audience interested.

Given our earlier article on the E3 of our dreams, this year's list of announcements was hardly exciting. There was definitely a lack of a real firecracker – a title that would increase everyone's heartbeat. But that doesn't mean we haven't seen games that are interesting, promising, and progressively prettier. It's clear that the next-gen revolution is just getting started, and fans of indie games saw a few items that will be worth adding to their wish list. So here are the best games of E3 2021 according to Gamepressure. 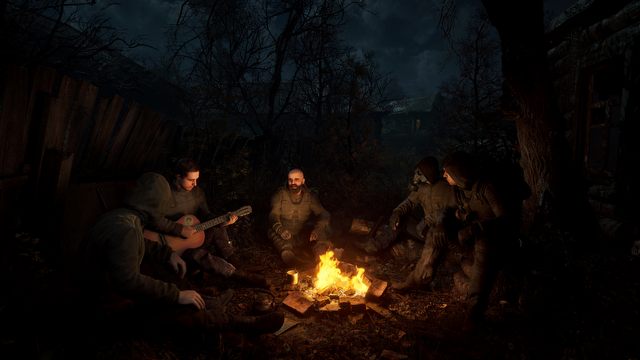 It's a direct sequel to the cult series launched in 2007. We return to Zona, the contaminated zone around the former Chernobyl nuclear power plant. In the game, the infamous Zona isn't a tourist destination, but a gloomy place full of dangers and deadly anomalies. The inspiration came from the novel Roadside Picnic (1972) by the Strugarsky brothers, and the movie Stalker (1979) by the one-and-only Andrei Tarkovsky.

We play as Skif – a lone Stalker who decided to investigate the source of powerful energy in the center of Zona. While exploring areas around the power plant and the city of Pripyat, we will have to use firearms and various artifacts more than once. In addition to a grand story, there will be side activities, and the plot will be non-linear, depending on our, often difficult, decisions.

E3 finally brought a raw gameplay, rather than teasers or screenshots. The trailer showed, above all, great, detailed visuals worthy of next-gen and an amazing atmosphere. The creators have gone for a consistent setting, only offering subtitles in English, and keeping the spoken language Russian. The effect was electrifying and I, for one, can't imagine playing S.T.A.L.K.E.R. 2 with English dubbing. Veterans surely spotted many familiar and distinctive themes, including locations that have never looked so convincing. We'll return to the Zona in April 2022. 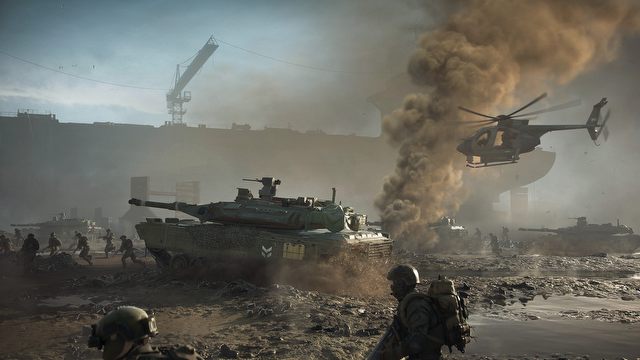 The iconic online shooter series is finally coming back to a contemporary setting, which means rifles laden with accessories, attack helicopters, fighter jets, and new gadgets such as the glider wingsuit. Once again, we will take part in a full-scale war between, wait for it... Russia and America. The muddy battlefields of Battlefield 1 and V will be replaced this time by a metropolises of soaring skyscrapers, hot deserts, or the ice-capped Antarctic – count on a large variety of maps.

The combat gadgets we mentioned promise a great diversification of gameplay. In addition to the wingsuit, there will be a rappel hook and a dog drones inspired by Boston Dynamics' Spot. The authors promise huge battles for 128 people, the return of the system of destroying the largest buildings on the map, aka the unforgettable "levolution" first introduced in part 4, and weather anomalies the like of tornadoes and sand storms affecting the game. There will also be PvE and brand new gameplay modes that we don't know much about yet.

Battlefield 2042 sees the return of themes familiar from Battlefield 4, a game that remains one of series' crowning achievements. The devs promise this game to be basically a grand fan service, with all the elements playsers always loved Battelfields for, and then some.

Of course, the sheer quantity of weapons, items, maps, and vehicles won't be nowhere near what BF4 gave us over the years, but in time, the game will surely grow significantly. It's worth mentioning that we don't know about all the highlights of 2042 yet, as the main presentation will take place in July during the EA Play conference. That's when we're supposed to learn the details of the new mode, which is supposed to be a love letter to Battlefield fans. 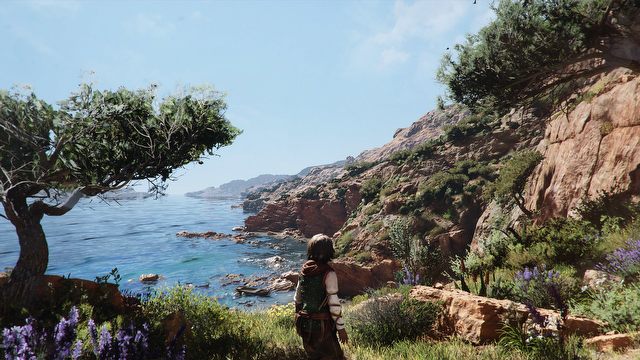 It's the sequel to the acclaimed 2019 game. Advertised mainly as a game that can animate thousands of rats on screen at once, A Plague Tale: Innocence turned out to be an enthralling experience with very well-defined characters. We took an instant liking to Amicia and her little brother Hugo, rooting for them on their journey through plague-ridden medieval France. The game also looked gorgeous, and gameplay in French added to the unique atmosphere.

All of this is set to return in the sequel, in which we will meet Amicia and Hugo again. We don't know much about the plot yet, but we can sure expect similar mechanics, what is an emphasis on stealth, environmental puzzles, and the main character equipped with crossbow. Even more disgusting swarms of rats will also return.

The very fact that the game is even in development and will be coming to Game Pass next year is excellent news. Asobo recently flew high (literally and figuratively!) with the revolutionary Microsoft Flight Simulator, and it's clear that it's following suit by developing another brand. We don't know many details, but you can count on a great atmosphere, beautiful visuals, and expressive, charismatic characters. 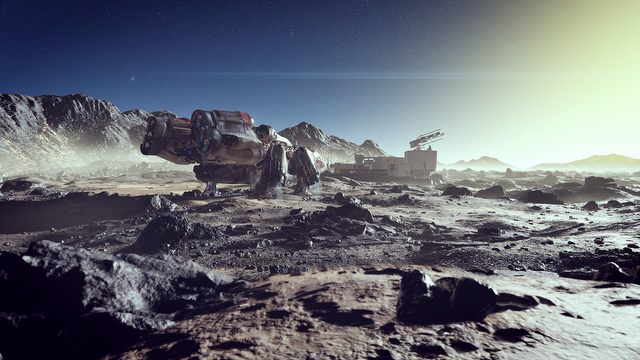 Only Todd Howard and his team know that...

It's mostly down to conjecture as to what this game might be. There have been comparisons such as "Skyrim in space," or "Han Solo simulator." The vision of the game, where instead of mountains on the horizon, there are planets in a galaxy to reach – is already incredible enough, promising an extraordinary adventure. We're all probably waiting for something like No Man's Sky, only with a story, rich content, distinct characters and possibly jaw-dropping graphics. Starfield can make the long wait for the new The Elder Scrolls much more pleasant and in a way substitute the game. 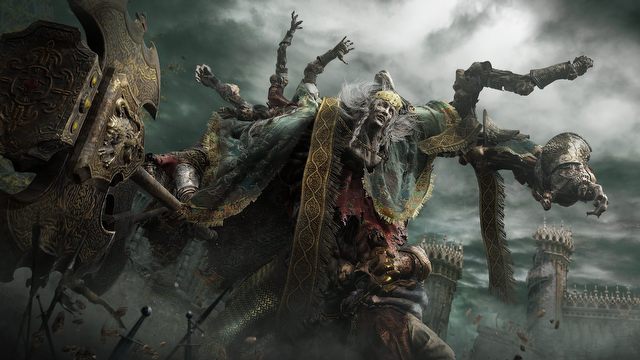 What will Elden Ring be about?

Serious. The famous writer helped create the universe and lore of the new game from the authors of the Dark Souls series. We can certainly expect a lot of mystery, opaqueness, and trying to piece it all together by yourself. All we know is that we will have to find six parts of a shattered ring, taken over by powerful demigods. There will be RPG elements, creating your own hero and, most of all, fighting with well-designed opponents, especially powerful bosses. This time, however, combat should be a little bit more relaxed than in Bloodborne or the utterly hardcore Sekiro. The game world is also expected to have a much more open structure than previous soulslikes from the studio, with a brand new, dynamic weather system.

For the signature, invariably heavy dark fantasy style. Although Elden Ring looks basically like another part of Dark Souls, it's hard not to be impressed by the look of the locations or the designs. Combine that with free exploration of an open world, perhaps a bit more emphasis on story, and a great combat system, and you will get an absolute must-play. Also, if the game has an entry threshold that's not the size of Mt. Elbert, people not inclined towards masochism should finally be able to enjoy the quaintness of From Software's games.