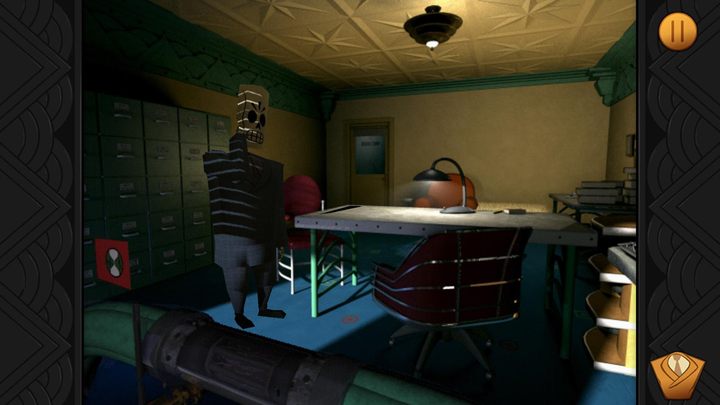 Grim Fandango shouldn't require any introductions. This is one of those games that you should have at least heard about. It is not every day that we come to explore the underworld, inspired by Mexican folklore with a hint of American noir cinema. Plus, the main protagonist Manuel "Manny" Calavera, a travel agent in the Department of Death, is an unforgettable character. As part of the game, we learn his story in four acts, each representing one day of his afterlife.

As befits an adventure game, we have to be prepared for a lot of logic puzzles, conversations with NPCs and exploration. Grim Fandango is a rather old game, but the Remastered version is still relatively fresh. The latter added better character models, higher resolution, and new light effects. The difference isn't big, but it retains the graphic style that captivated us 20 years ago.

Fortunately, it was this improved edition of Grim Fandango that appeared on mobile devices. LucasArts' work was faithfully transferred, and the controls were executed in a way that doesn't cause any problems. Surprisingly, we don't need to plug in a controller to be able to peacefully solve puzzles along with "Manny." However, the smartphone edition of Grim Fandango likes to freeze from time to time, so it's worth keeping that in mind.