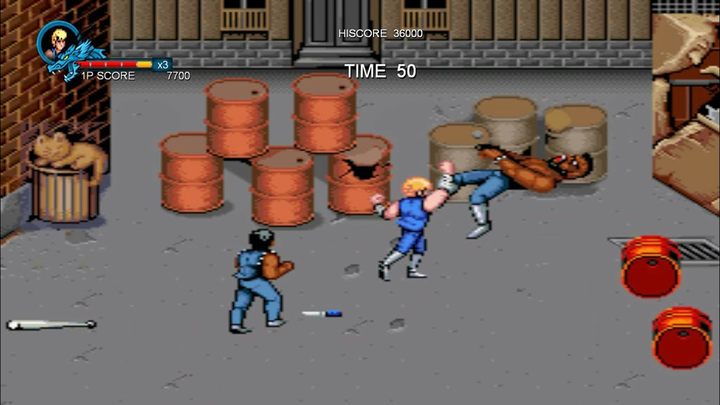 In the days before the dominance of PCs and internet cafés, "digital entertainment" required us to the arcade and hit some machines. One of the titles popular in such places was the Double Dragon series, which at some point was also ported to PCs. The trilogy does not offer complex gameplay. We play as the Lee brothers from New York and we walk the streets of the city, fighting the gang that kidnapped our girl.

As befits an arcade classic we can only move one way  to the right. Along the way, we use our fists to dispel any doubts of our opponents, occasionally using the weapons they have dropped. The combat system is not complicated and relies on skilful handling of several available attacks. More attention needs to be paid to the occasional bosses.

However, I couldn't recommend Double Dragon Trilogy in good conscience if I didn't mention the terrible controls. Unfortunately, while the port itself is fantastic, and has even been enhanced with additional game modes, the movement and combat on touch screen cry for vengeance.