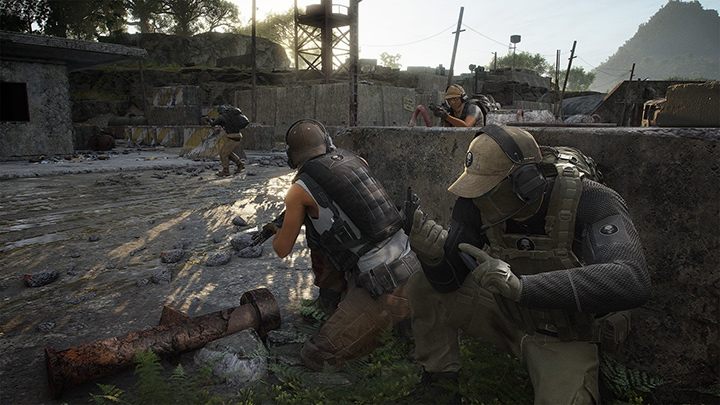 Ubisoft's announcement of a new Ghost Recon game was a big surprise because the previous Wildlands did not have time to grow old at all, as it was constantly supported and had a large group of fans. Players rather expected a new Splinter Cell, Watch Dogs or Prince of Persia, and then suddenly the Ghost squad struck out of nowhere. The game introduced a new, huge area, a new story campaign, online competition modes, and the option to play in co-op, along with minor improvements. The premiere turned out to be an unpleasant surprise for Ubisoft, which, as a result, postponed the premieres of all its subsequent productions, announcing major changes in them. Almost everything was broken in Breakpoint!

In such situations, it is usually said: "it is better and faster to say what worked instead of what didn't", but I do not think I would find any positive qualities in this game. It soon became apparent why the premiere of a sequel to a great (and still popular) game happened so quick. The Ghost Recon brand was just a facade for a so-so shooter comprised of seasons, hundreds of cosmetic garbage to collect and buy, and as many as three stores in the game.

Players were to be encouraged to continue playing by the looter shooter elements mindlessly copied from other titles, which cannot possibly work with this type of games Somewhere in the background, there was a lame story with poorly written dialogues, which was not saved even by the actor portraying the Punisher in the Netflix series. The game features also tons of technical issues, quite obvious in a sequel created in such haste. Breakpoint was Ubisoft's Battlefront II, but I don't think this game can be fixed anymore. The only good thing here is that this failure should have a positive impact on Ubisoft's next games. We'll soon find out if it really happened.