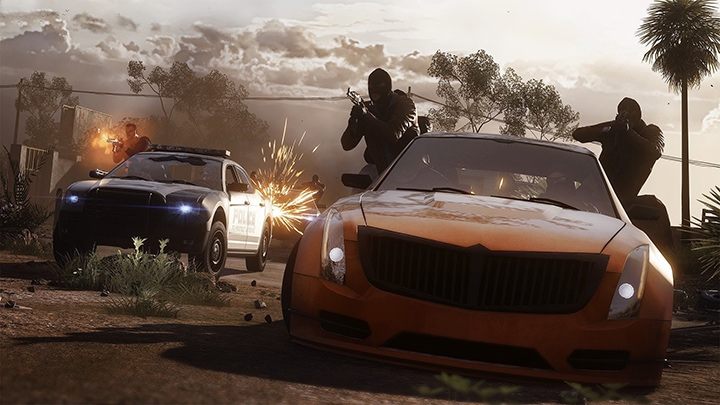 Battlefield Hardline was an attempt to provoke a full-scale war in a reality where there are only brief incidents with firearms. Great battles with infantry and armored vehicles were transferred to the reality of police officers and robbers. Sure, there were the same guns, accessories, shootings, but it wasn't the same. In addition, the campaign was designed to resemble a television series with the division into episodes and the "previously on" sections at the beginning of each of them. The new approach to Battlefield was bold, fresh and atmospheric. Why did it come out in the wash?

Where did Battlefield Hardline go wrong?

Hardline turned out to be a failed experiment. His biggest pain was the gap between police and military worlds, which no gameplay mechanics were able to reduce. We would sneak up on our enemies and shout at them, "stop, police!", while the thugs were better armed than the GDP of most European countries would allow their military forces. Our officers faced off against an army equipped with RPGs, Stinger anti-aircraft missiles, and armored vehicles. The story campaign, in turn, instead of the emotions matching those evoked by the movie Heat, rather presented the level of a mediocre cop series.

In this game, absurd was followed by another absurd and only a lot of good will and turning a blind eye on this allowed to see a good Battlefield multiplayer spine. As a temporary rebound, it was even interesting, but only the biggest fans stayed with the game for longer. Electronic Arts never even mentioned anything about a sequel, so I guess the numbers said it all. It is a pity that they did not bet on a slightly more intimate, darker gameplay similar to the one featured by SWAT 4. With the police vibe it would have been a much better choice.