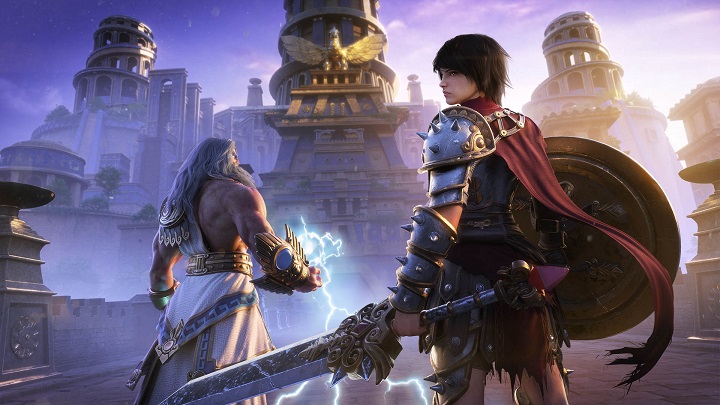 Smite may not be the most popular MOBA in the world, but it's certainly unique in the market. However, here, we will fight with deities from different pantheons. In addition to the hackneyed Egypt or Greece, we also have Arthurian myths, a touch of Slavic, and some Celtic stories. It all adds up to a dynamic production that also features third-person view!

The MOBA from Hi-Rez is primarily characterized by differentiation. Many modes allow you to play with completely different rules, so there is something for everyone. Cross-play, on the other hand, encourages teaming up with users of different platforms. It is worth noting that cross-platform isn't mandatory, so if you do not wish to play with people on consoles, you can opt out in the settings.

Hi-Rez is all about cross-play!

Hi-Rez is not only Smite, but also Paladins, Realm Royale, and Rogue Company. The company has quite a few online games from different genres in its portfolio. All of them, in turn, have one thing in common – cross-play. No matter which production you choose, it will support multiplatform gameplay, allowing you to play through any supported device. 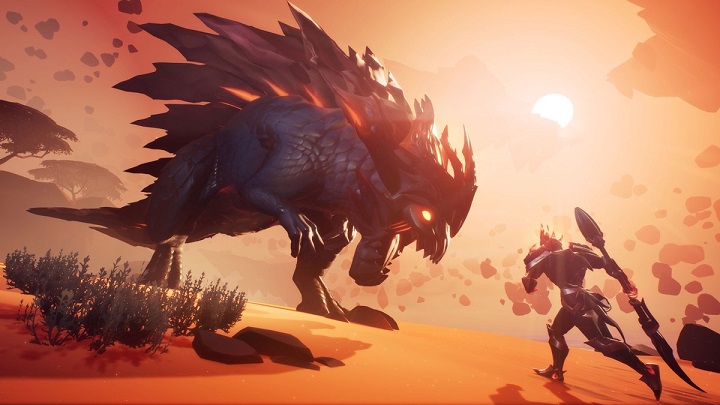 Dauntless is often referred to as a free Monster Hunter: World, and there's actually a lot of truth to that. The creators were clearly inspired by the series, but they also introduced many of their own solutions. So if you are looking for a fight with huge monsters, but served in an accessible and more arcade manner, this will suit you just fine. Especially if you want something to occasionally play with your friends, without the need to invest money, thousands of hours of gaming and reading tons of tutorials.

Dauntless is available on several platforms, with cross-play supported on all. That way, no matter what hardware you want to use to hunt the beast on, a team of hunters can always band together. It's important to note, however, that the game is currently only available for PC on the Epic Games Store – it's not on Steam. 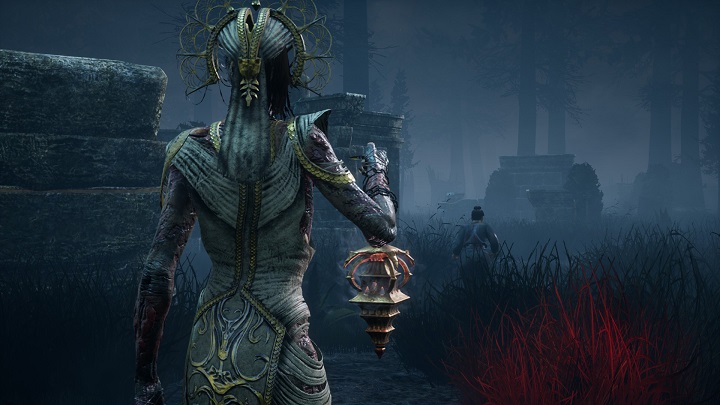 Dead by Daylight is an asymmetrical multiplayer. What does that mean? In general terms, there's a bloodthirsty killer on one side of the barricade and four people trying to survive on the other. So, we have an unusual combination of competition and cooperation, as a team of players must work together if they want to defeat the much stronger opponent. The latter doesn't have as easy a task, but can effectively hinder the exploits of the fugitives.

It's a nice game of cat and mouse. Dead by Daylight not only allows you to play within a single team, but also offers cross-play battles. Thanks to the specifics of the gameplay here, it doesn't matter if you're playing on PC or console. Consoles, however, do not have keyboard and mouse support – you might want to keep that in mind. Anyway, the game pad is completely sufficient.