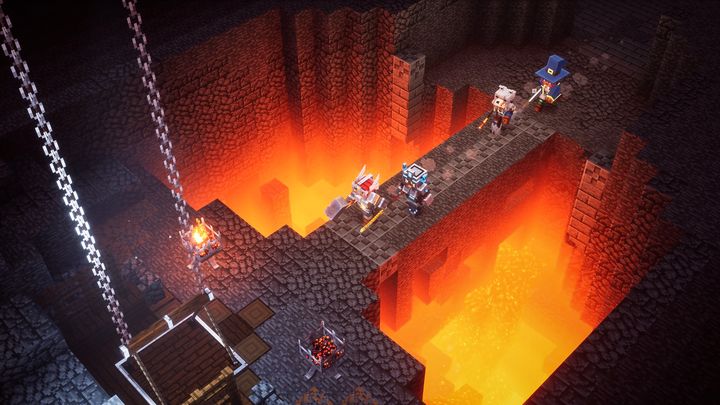 Minecraft Dungeons is an extremely successful representative of the action-RPG genre, which can be easily described as Diablo for kids. Take that as a compliment, though! The work of Mojang studio provides a simple gameplay idea with a hint of depth underneath, gives extensive character and skill customization capabilities, and is very nice-looking. Plus, it makes the best of the voxel world of Minecraft!

Cross-play in Minecraft Dungeons is the perfect solution, allowing players from different platforms to experience the adventure together. This feature has not been limited in any way, so no device is excluded from the fun. Minecraft Dungeons works great for couch gaming with younger players, but more experienced gamers should have fun as well. 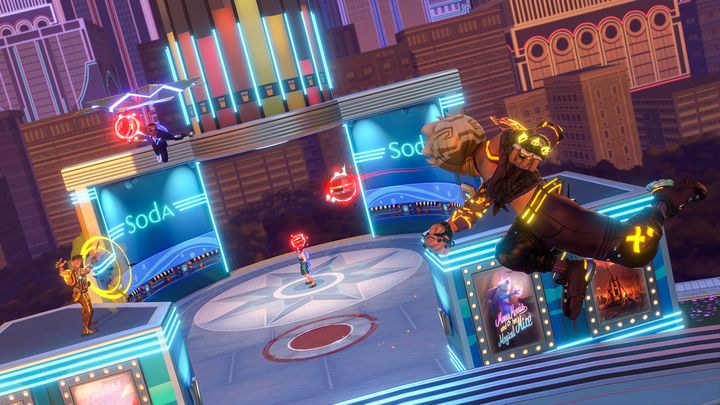 A game of digital dodgeball? It makes sense – provided you give it a proper spin! Proof? Knockout City adds some more dynamics and special effects, and even the ability to cast other players! The gameplay itself is extremely tactical, as you have to keep a close eye on your opponent's movements in order to react to their actions. A second of inattention is enough to get beaten!

Knockout City is a paid game, but you can also check it out for free. This way, we get access to the first dozen or so levels, so everyone can see if this game is worth their money. During this time, you can also play matches on other platforms in a fully functional cross-play experience that works like a charm. There's even no need to specifically enable it – it's on by default!

2021 provided us with several new cross-play productions, so our list had to be updated accordingly. There are three titles that are worth giving a chance if you're looking for games that let you plat with people from different platforms. Also, feel free to share your ideas in the comments! 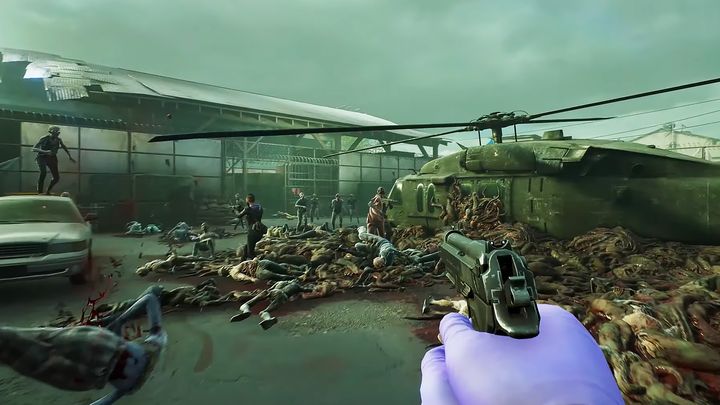 Back 4 Blood is best described as the unofficial Left 4 Dead 3. And that's because the creators of that series, as well as of Evolve, are responsible for this title. In their latest production, we will again have to face the hordes of the undead together with other players, or join the living dead ourselves, hunting for survivors. Everything depends on the selected mode. Back 4 Blood also offers quite extensive customization, and there are also modifiers that diversify matches.

The game has cross-play enabled by default, but you can also turn it off in the settings. This is important because when playing PvP, not everyone wants to compete with people from different platforms - this mainly applies to console players reluctant to compete with PCs. However, cross-play itself doesn't interfere in any way during the co-op campaign.