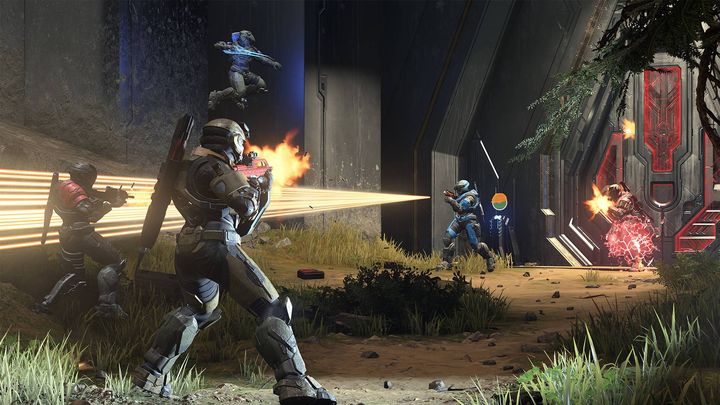 The Halo series is back in a very interesting edition. Halo Infinite offers not only a story campaign, but also a separate multiplayer mode. The former is available for a fee, and it will be expanded with the possibility of playing in cooperation over time. The MP, in turn, can be played for free, thus gaining access to dynamic clashes between players with the possibility of purchasing optional cosmetic items.

What's cross-play in Halo Infinite like? In multiplayer, all platforms play with each other, participating in joint battles. However, it's worth adding that this option cannot be turned on or off for now. Instead, it is always active and you don't know which player is playing what platform in the match. In addition, Halo Infinite offers account progress sharing regardless of which platform we are currently using, which is neat. 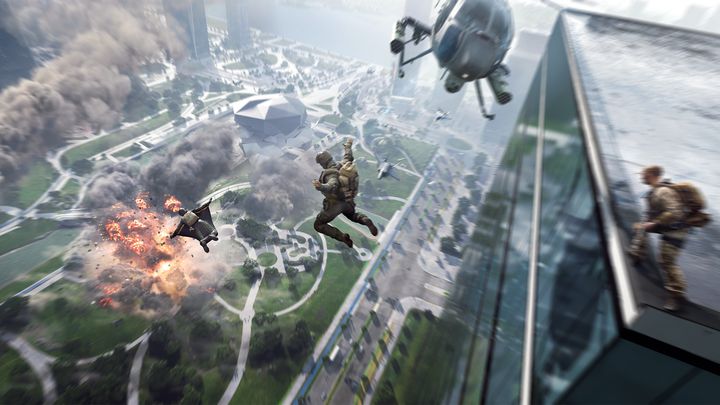 One would like to say that the good old Battlefield is back , but the latest installment, the 2042, was not received very warmly. This production has its problems, and it does not offer a story campaign, focusing entirely on multiplayer gameplay instead. On the other hand, it provides a multitude of modes, a large number of characters (specialists) with different skills and equipment, and the ability to modify your equipment.

Battlefield 2042 offers cross-play, but with some limitations. Old consoles, i.e. PlayStation 4 and Xbox One, can play with each other, but they cannot play with PC, PlayStation 5 and Xbox Series X/S. Next-gens and PC can easily play together. This is due to technological curbs – new-gen and PCs support battles for up to 128 players, which is not available on last-generation consoles.

The Farming Simulator series is very popular among some players. Adding it to this ranking was only natural. The ninth part is even more of the things that virtual farmers have known for years. However, this doesn't mean that there's nothing new here. The biggest addition is certainly the introduction of a cycle of seasons. Besides, there are new maps. So what... get on the tractor and start plowing the fields! It won't happen itself.

Since working in the field and caring for farm animals isn't easy, it's worth getting some extra hands! To do this, you need to launch the multiplayer mode and invite your friends to cooperate. It doesn't matter what device they play on. The title supports full crossplay across all platforms.

This is the first racing game on this list! It had to come eventually. GRID Legends is an arcade racing game, which largely caters to casual players. The competition takes place on real tracks, streets of real cities as well as in places entirely invented by the developers from the Codemasters studio. There are many tracks to choose from. Same as cars. Over 100 cars have been prepared for the game.

Racing against artificial intelligence doesn't provide as many thrills as competing with live players. So, you might be excited to know that GRID Legends fully supports crossplay, which is available without any restrictions. For example: in a race with five competitors, everyone can play on a different platform and everything works without a hitch.

AND MAYBE NEED FOR SPEED?

Another racing game with full cross-platform play support is Need for Speed: Heat. From 2019, we can race on PCs and last-gen consoles (praise the devs for backward compatibility!). Unlike GRID Legends, the twenty-first entry in the NFS series is available on Xbox Game Pass.