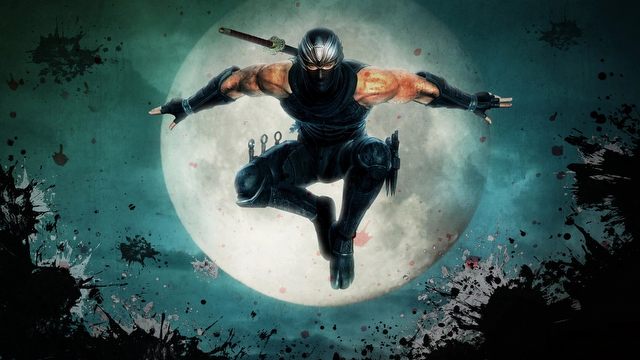 Why is Ninja Gaiden: Master Collection worth it?

Ninja Gaiden: Master Collection features three arcade productions, in which were become ninja warriors. We will face different opponents, but have to take each one seriously. The series is characterized by a dynamic and challenging combat system. As a result, each fight could be our last! Bosses, on the other hand, are a completely different matter and require strategy and taking advantage of the entire range of tools or abilities of the heroes. 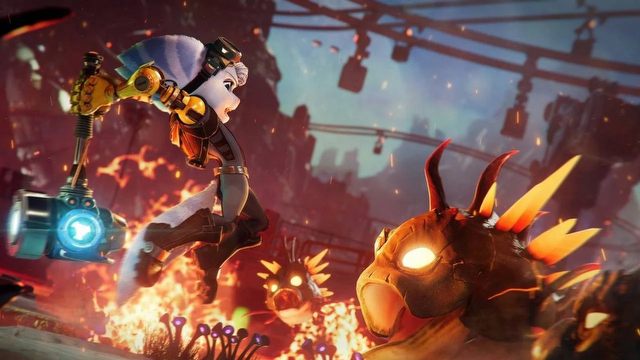 Ratchet & Clank series needs no introduction. The latest installment will be exclusive to PlayStation 5. The famous duo will find themselves in an alternate reality this time. Due to an unfortunate confluence of events, they will have to deal with new problems. The whole thing takes place after the events of Ratchet & Clank: Into the Nexus.

Is it worth buying a PS5 for Ratchet & Clank: Rift Apart?

This time, Ratchet & Clank will join the resistance movement, of which Rivet is a member. Together, they will try to stop the series' main antagonist and prevent space-time anomalies. The core gameplay remains the same; we have platform elements intertwined with gunplay employing a variety of firearms. Ratchet & Clank: Rift Apart will offer much greater mobility for our heroes, and there's been an effort to use the DualSense controller's adaptive triggers to enhance the experience while using both characters' fancy arsenal. 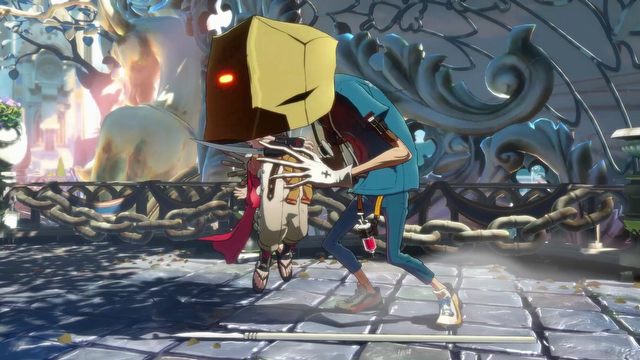 What is Guilty Gear: Strive?

Fans of fighting games don't need to be introduced to the Guilty Gear series. Just don't ask them about the plot, or the connections between characters, because you'd be in for an hour-long lecture. Fortunately, you don't need any of it to enjoy the game, and the latest installment, Guilty Gear: Strive, will definitely be enjoyable. This is the seventh main installment, but rest assured, just as knowledge of the history of the series is not required, neither is familiarity with the details of previous installments.

How is Strive different from other Guilty Gears?

Guilty Gear: Strive is simply a better version of the same idea, which seems to go to 11, and comes with some really nice graphics. Dynamic arenas are a big novelty, thanks to which we can move a fight to another place. Other than that, the old rules apply, such as the tension bar, allowing you to perform stronger attacks, but also temporarily slowing time down. 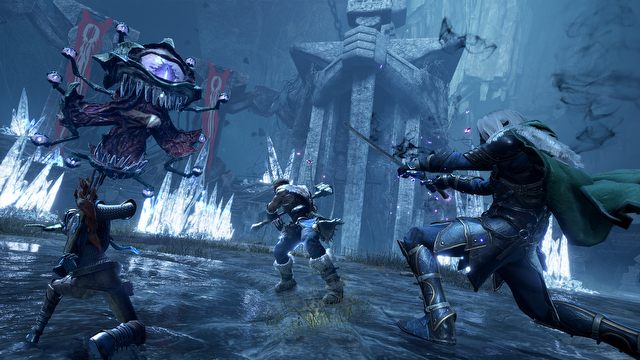 If you're looking for a classic RPG from the world of Dungeons & Dragons, Dark Alliance may disappoint you. This title will contain RPG elements, but they'll be mixed with dynamic action, and focus on online play. The main character will be Drizzt Do'Urden. This dark elf should be well familiar to fans of the universe. He will fight side by side with the Hall Companions, with whom he will try to defeat the forces of evil in the Valley of the Ice Storm.

What kind of players is Dungeons & Dragons: Dark Alliance for?

In Dungeons & Dragons: Dark Alliance, we will have a chance to control one of four playable characters. In addition to Drizzt Do'Urden, we also get the dwarf Bruenoror Battlehammer, the archer Catti-brie, and the barbarian Wullfgar. Each hero has specific abilities and uses a dedicated weapon. With subsequent missions of the campaign, we unlock new skills and develop characters. All of that in order to cope with more and more demanding clashes, also with unforgettable bosses waiting along the way. 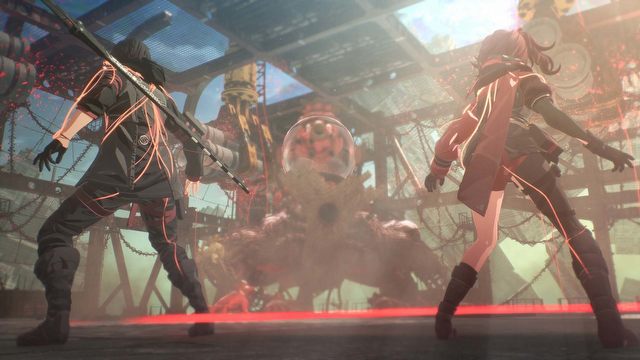 What is the Scarlet Nexus?

Scarlet Nexus is a dynamic action RPG with distinctive graphics in the aesthetic style of Japanese cartoons. The setting is the futuristic city of New Himuka, which has been invaded by mysterious entities. As a hero endowed with psychokinetic powers, we will fight to defend the innocent. It turns out that strange creatures feed on human brains  it would be appropriate to prevent them from doing so, right?

Why should you check out Scarlet Nexus?

As part of the game, we will explore the city of New Himuka and discover its secrets. As we do that, we will push the story campaign forward, learning the origins of our enemies and their motivations. There will, of course, be no shortage of combat, which is Scarlet Nexus' main focus. Fights are dynamic, require use of the character's abilities, as well as objects around them. Over time, we gain access to new abilities and increasingly deadly attack combinations.