Assassin's Creed is a series that always drew plentifully from historical science – the games featured actual sites, characters and events. But woe is whoever wants to learn history from Ubisoft's games! The French team has long treated historically authentic episodes of the past as a backdrop for the rivalry between the Templars (essentially peace through control), and the Assassin Brotherhood, who value freedom and truth above all else. Both sides have absurd influence and capabilities, and their conflict directly shapes major events around the world throughout millennia.

While we have tried not to give too much away in terms of the main thread of these games, there's information in our text that could be considered spoilers. 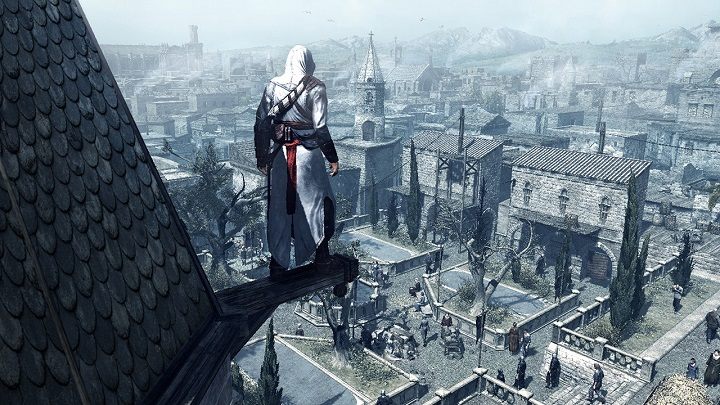 Nothing is true, everything is permitted. Changing the course of history in particular.

And since Assassin's Creed is a huge franchise spanning games, comics, books and a movie, the universe is equally capacious. Practically any historical figure you can think of has already sided with either the order, or the brotherhood. Some great leaders were mere puppets, others lost their lives to them, and still others were active members. Enter the First Civilization, with their artifacts – objects that enable mind control, superhuman strength and invisibility, or leadership abilities. If you trust Assassin's Creed, such aid was used by the great leaders across times.

THE ASSASSINS AND THE TEMPLARS IRL 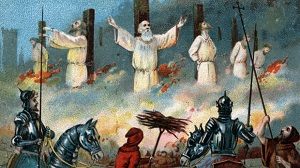 In concept of the writers of Assassin's Creed, the brotherhood and the order are both of ancient lineage, their roots going back to the very cradle of mankind. The Assassins are modeled after Nizarites, an Islamic sect founded in the 12th century by Hassan ibn Sabbah. Their reputation as assassins, however, is the result of Sunni exaggerations and propaganda – in fact, the only assassinations were more like regular murder in response or retaliation to Seljuk persecution.

The Knights Templar Order of chivalry was founded in Jerusalem, also in the 12th century, initially to protect pilgrims/crusaders traveling to the Holy Land. At the turn of the 13th century, it moved to France, where Philip the Fair imprisoned his members, accusing them of heresy, deviation from faith, and conspiring with infidels. His verdict was upheld by Pope Clement V in 1312, who suspended the activities of the order. As a result of these trials, some Templars were even burned at stakes.

World War 2 was unleashed by Templars, the Apollo mission was designed to recover an artifact from the Moon, and an empire was created with the help of an almost magical sword – these are just a few instances of the writers of Assassins Creed taking full advantage of their artistic license. It's scary to even think what comes next.

It has been more than half a century since the tragic, history-changing death of John Fitzgerald Kennedy in Dallas in 1963, but the assassination remains controversial to this day. Inconsistencies in the Warren Commission investigation, files kept secret, the death of the alleged assassin at the hand of gangster Jack Ruby, who stated the motive was sympathy for the widow and orphans of the murdered president... it's hardly surprising that even decades after the Dallas murder, conspiracy theories are still alive, and the case still isn't clear. In Assassin's Creed, Kennedy owned an artifact of the First Civilization (the Apple of Eden, also owned by George Washington and Franklin D. Roosevelt), and the Templars killed him.

In 2013, according to a poll by Gallup, 61% of Americans believed JFK's death was the result of a conspiracy plot. 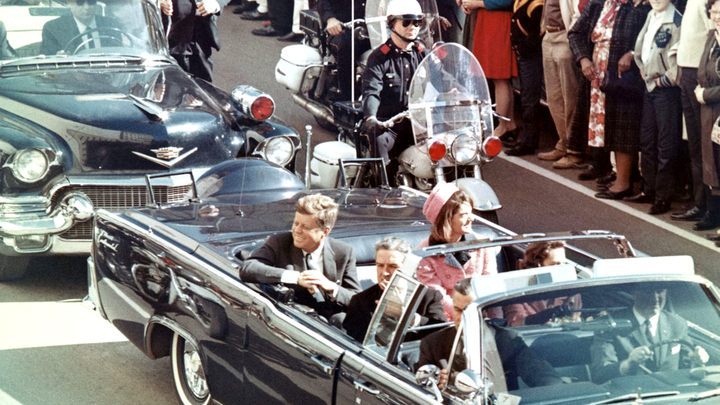 If you can trust the theories put forward by the creators of Assassin's Creed, you'll find ten Knights Templar in this photo alone. Photo: public domain

The highest-ranking members of the order naturally did not like the mode of operation assumed by the 35th president, who sought to expand civil rights and reach dialogue with the Soviet Union. In particular, strengthening ties with the Soviets was a threat to the Templars – Kennedy offered Russians a joint space mission, landing on the Moon, where one of the Paradise Apples was hidden. The order decided to act, the assassination was carried out by a sleeper agent during the president's visit to Dallas, Texas. Lee Harvey Oswald and a second gunman killed JFK traveling in the Lincoln, and the driver, also an Abstergo Industries employee, seized the artifact. Lyndon B. Johnson, then Vice President, and soon-to-be 36th president of the USA, was a member of the order himself. 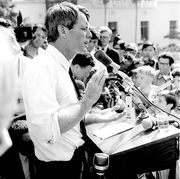 John F. Kennedy wasn't the only member of his family to die in tragic circumstances. Quite the contraryl; since the 1940s, there were so many accidents or mysterious deaths that the media dubbed it the "Kennedy's curse." Some of them died in plane crashes, others overdosed drugs or committed suicide, and the president's sister was lobotomized. By far the most interesting, however, was the case of John's younger brother, Robert F. Kennedy, or "Bobby," was shot by a Palestinian man, Sirhan Sirhan, shortly after winning the 1968 Democratic Party presidential primary – although in this case, theories about the second shooter were also abundant. Photo: Public Domain

In reality, there's not much evidence indicating the involvement of ancient orders in the assassination of 22 November 1963. Which doesn't change the fact that the entire calamity hasn't been fully explained. There's definitely plenty of unanswered questions. Why Lee Harvey Oswald's original interrogation wasn't transcribed? Why was Abraham Zapruder's amateur recording largely ignored? Why wasn't an autopsy done right away in Dallas? Who had access to the president's body when he was transported by plane to Washington? Kennedy was popular with the Americans, but his actions made him an enemy of the Mafia, the military-industrial complex, racial extremists and some oil tycoons. JFK's death has benefited many, and keeping the Warren Commission files secret first through 2029, then prolongated to 2039 (twenty-thirty-nine) only fuels conspiracy theories.