The smash hits of the turn of the century don't have it easy most of the time. These are some landmark games that have elevated their genres, the most obvious example being those that introduced the third dimension. They went out there and experimented, creatively using the limited technical capabilities to create something new. Some still have legs after almost 20 years (vide Diablo 2 or Unreal Tournament), others need more love, but generally deliver, like Baldur's Gate 2. However, the grand majority did not stand the test of time, and unless you're really determined to try them, you'll likely give up quickly. One the children devoured by the revolution is Legacy of Kain, a series particularly ill-treated by time and publisher. Most of its these games are barely playable today. It's a shame, because it is an outstanding series, and hopefully somebody will do something about it.

The odyssey of two vampires, Kain and Raziel, enjoys an extremely loyal following of devoted fans. But it's too much of a niche to convince any publisher that reviving it makes sense financially. Which is too bad, because it truly is a great, Shakespearean story, which I'll tell you more about once I'm done whining. I talk about all this with a heavy heart – I consider myself part of the niche ever since I played the mysterious Soul Reaver 2 demo. I understood little of it 20 years ago except that it was strange, different, and engaging. Fast forward a few years and I was done playing the whole thing. I recently tried firing up a few installments of this series and... It was a huge downer. They've aged nastily. And not in terms of graphics. While it's clear that the engines running these games are outdated, the visuals offer some of the most interesting ideas I've seen in games.

The thing is that Legacy of Kain is simply hard and unpleasant as a gaming experience. Aside from the first Blood Omen, which had a more open-ended structure and more of an action-RPG attitude, the rest of the series were third-person action-adventure games with a strong emphasis on environmental puzzles. Blood Omen's unremarkable sequel, the legendary Soul Reaver, pushed the series into the third dimension. At the time, the game blew everyone's socks off, but twenty years later, it's clear that the 3D had some major challenges to overcome at that moment, and since these games were released in a quick succession, almost none of these issues were properly solved. They actually mutated over time. 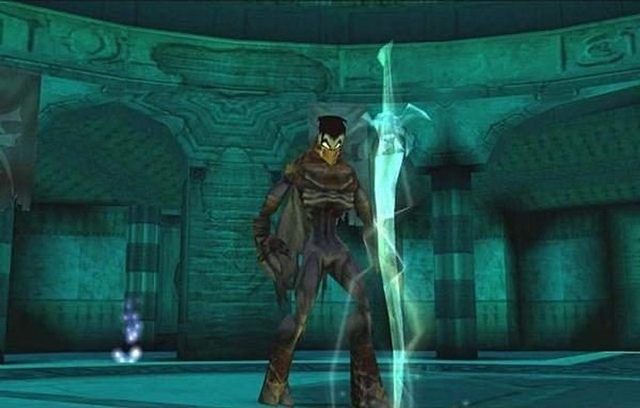 Sure, if you played the game before the expiry date, or right after the release, then you probably know it like the back of your hand, and you were aware at the time that this was how games were made. Secondly, there's the lens of nostalgia and the power of habit, and they both mean that you don't have to try hard to figure out the mechanics – it's likely your second nature. These are familiar, intuitive things. I know that, because I felt it at times too. But I'm also trying to look at it from the perspective of the modern player, who may be bouncing off the wall of questionable solutions.

Crazy camera behavior is no surprise – many TPP games have had problem, and it's not uncommon even today. We just face the music and venture forth through the worlds of Dark Souls or Darksiders. Nevertheless, the problem is particularly pronounced here, especially, and paradoxically, in Defiance, arguably the best game in the series in technical terms. While in Soul Reaver and Blood Omen 2 we were able to rotate the camera and play around with it a little – which was sometimes inconvenient anyway – in the case of Defiance, someone though it would be a great idea to use fixed camera angles in each location. Needless to say, the perspective wasn't always conducive to solving puzzles or jumping over obstacles.

I recently played part five on a new PC and the initial stages, which I can remember completing without a hitch back in the day, revealed their cruel, exhausting face. Maybe it's the distorted aspect ratio, but Kain couldn't jump over a simple obstacle without repeated attempts. The camera angles may look nice on screenshots, and when the game was released they offered quite an impressive view of the pretty locations, but there was nothing else to it. 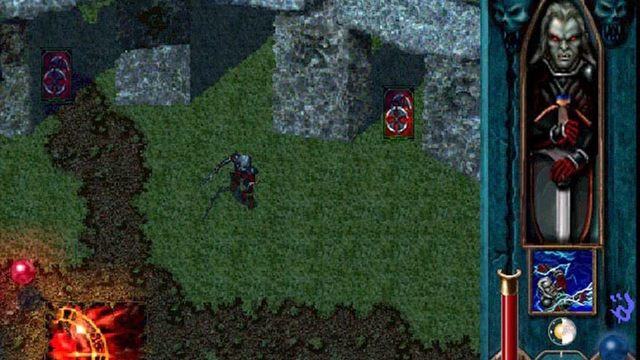 One of the more intuitive solutions that made its way into other games (such as Cult: Heretic Kingdoms and Battle Chasers: Nightwar) was to move across two planes of reality. Raziel could travel between the material dimension and the underworld, the realm of demons and lost souls. He moved there when he died or when certain puzzles needed to be solved. Other enemies were waiting there, and the environment resembled a Lovecraftian nightmare – twisted, unreal, and disturbing. Interestingly, implementing this solution caused the developers a bunch of problems and only started to make sense at an extremely late stage of the production.

The combat was crude almost from the beginning of the series, though to varying degrees. In the first Blood Omen, perspective aided control the battlefield and puzzle solving, but there was a problem with hitboxes – just a few pixels could make the difference between hit and miss. Nevertheless, everything was bearable. The ponderous mechanics of Soul Reavers and Blood Omen 2, on the other hand, are literally howling today. Ideas that used to add variety to gameplay are just annoying obstacles that ruin the pace. For example, in order to defeat an ordinary vampire mob, we can't simply tear out its heart (Raziel's clawed hands were perfect for that); we have to look for the nearest water, fire, spike, or weapon in order to deal with the creature.

And then you can't just kill him with a few hits – first, the monster has to be knocked down with a not very sophisticated combination of attacks. In addition, the mechanics did not so much encourage skirmishes (such as with rewards), but rather forced them (and players skipped clashes when they could). Here, even the combat made sense in the context of the adventure and the puzzle nature of Legacy of Kain. It's just that this solution, like so many others, aged horribly. That's why Soul Reaver 2 took a step back, and ended up with bearable, somewhat spectacular, but very repetitive combat. 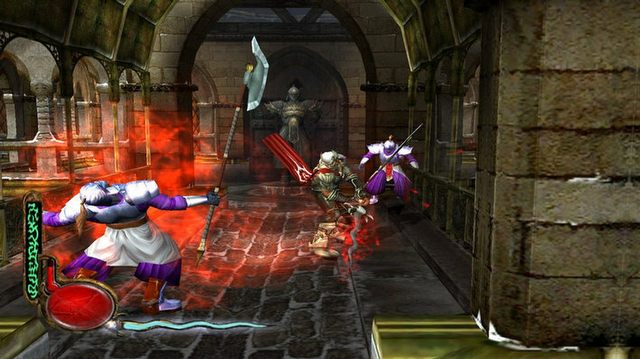 In fact only Defiance showed class when it came to the combat system, and actually got a foot in the door to modern video games. It took this step too late, but at least it tried. We could throw enemies, maul them in quite a spectacular way, and defeating opponents was rewarded not only souls or blood, used for healing, but also experience points, which unlocked more combos.

The puzzles in the 3D installments have never been the most enjoyable. When launched in 2021, they will drive you crazy. In the best case, you'll complete them to proceed to the fun parts of the game, and immediately forget about them. Sure, they used mechanics that were innovative at the time – such as Raziel's transition between dimensions – but today, they don't even offer a trace of satisfaction. Only the relief that it's over. Until the next puzzle comes. New games do this far better. And they can offer more complex logical challenges. Legacy of Kain comes across as a crazy and clumsy museum escapee, a mummy who fell out of a sarcophagus and is trying to walk. In fact, only the first and last installments achieve this with any degree of skill.

PIRATES OF NOSGOTH: A MYSTERY UNEARTHED AFTER 14 YEARS

Blood Omen is a special game and very different from the rest of the series – after all, it was created by a different studio. And sure, it got a little old, but not as much as the other installments. Some decisions are still awe-inspiring today. Especially the fact that, while the plot is rather linear with the exception of one key moment, large stretches of the world can be visited in different order, and challenges can be overcome in at least a few ways, especially when we unlock more abilities for Kain.

The size of this game is best evidenced by the fact that the last secret of this game – a substantial location consisting of a pirate ship and an island – was found only after 14 years. The passageway to the mysterious teleportation point was located in the back of an ordinary inn. Not bad, right?