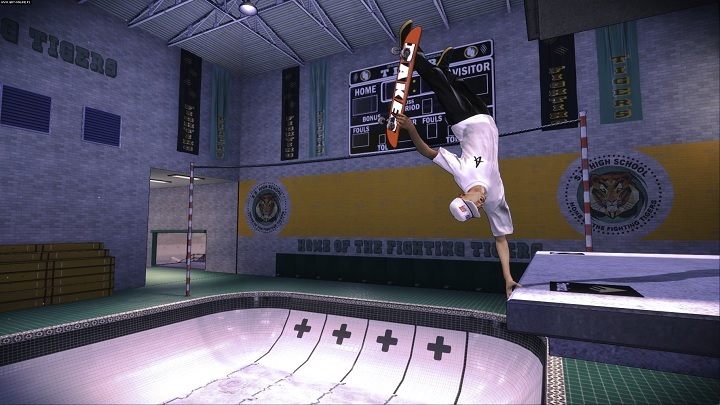 Either stick to the old installments, or try the recent remake.

Skateboarding was among the hottest sports at the turn of the 20th century, and in early 2000s. Within just three years, players received four titles from the Tony Hawk's series, with subsequent installments coming in bulk. The series eventually jammed, continuing its hiatus for thirteen years. After that, substantial, period of time, the devs opted for a simple cash-grab game, most likely induced by the expiring contract with the master of skateboarding.

To begin with, the game came with a 7-GB launch-day patch (which may not sound terrible, but it's actually more than the game itself) made it clear that the developers were ill-prepared for the release. Even then, the game still contained a lot of errors, reported by journalists and reviewers by the dozens, with gameplay overall being rather dull. There wasn't any sort of plot in the game (which, even when it was banal, made these games a lot more interesting), the tasks were boring and repetitive, and map design was uninspired. However, it was the ill-conceived online mode that ultimately buried the entire game. Fortunately, the good name of the brand was saved thanks to the remaster of the two original installments.