Im sorry, Witcher fans, for being a week late with this, but I couldnt get myself to write the final part of our Polish Witcher Trivia. I mean, I kind of got used to presenting some cool facts to you (at least I hope that you considered them cool). Before I say my goodbyes, lets tackle this weeks subject  how the bank heist in Hearts of Stone has a pretty straightforward reference to the 1980s Polish comedy. 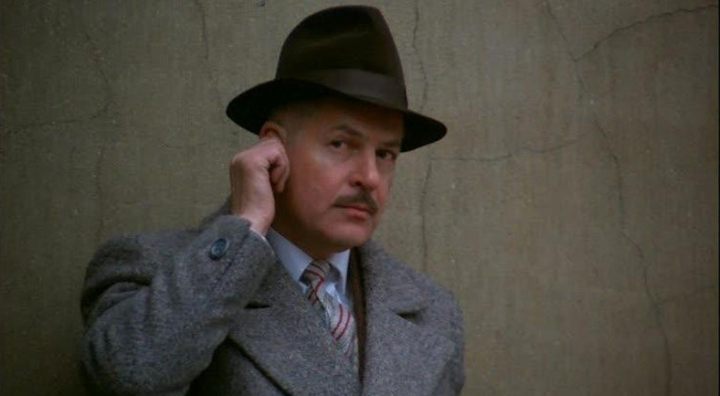 This is Henryk Kwinto from the movie Vabank. You think he has anything to do with Quinto whom Geralt meets? Yeaaah, probably.

Vabank is the Polish movie from 1981 that can be described as crime comedy. It focuses on the adventures of a thief who had previously been ratted out by his accomplice. The thief goes by the name Henryk Kwinto, and I guess you already know where Im going with this. In the movie, Kwinto creates a brilliant plan for a bank heist, and obviously he wants to make it look like his colleague-made-traitor was involved in it. Wheres the actual connection? Well, in Hearts of Stone we get to meet Quinto  a master lockpicker who can become a part of our crew during the Borsodis auction house heist. Whats interesting, CD Projekt Red decided to introduce the character in a similar manner to what we could see in Vabank. In the movie, Kwinto left the prison on his own after serving his sentence, and in The Witcher 3 Geralt has to free him, because Quinto has been caught by a bunch of wannabe bounty hunters. 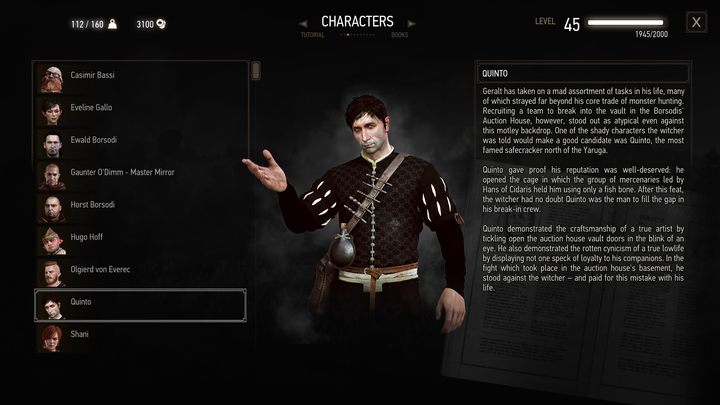 And thats the master lockpicker that made this article possible.

And thats it, my dear readers. This marks the final part of our Polish Witcher Trivia series. Its been a really good adventure to dig in to the game and extract small easter eggs that are pretty specific. I hope you had at least half as much fun reading as I had when doing this little series. And I know, it should be called Geralt of Trivia  as some of you pointed out on reddit. Its not a bad idea for a completely different series, though, so I might still come back to you with more Witcher 3 stuff and you wont know what hit you. Below youll find links to all the previous parts if you want to catch up.