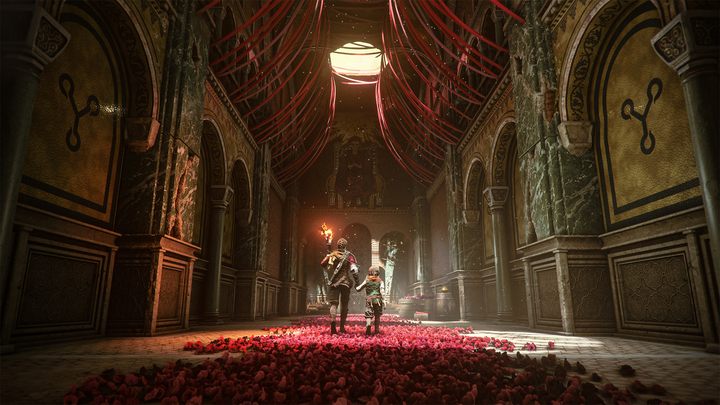 This is the sequel to the extremely warmly received game A Plague Tale: Innocence, in which we accompanied two siblings, Amicia and Hugo, on their dangerous journey through medieval France. That game showed the prevailing Black Death, hordes of rats, and little Hugo was sick with something far more mysterious than the plague. In the second part, we will meet this heart-touching couple again and we go on a dangerous journey: once, the plague is not over, and two – someone is after the kids again. The details of the plot are a secret for the time being, and it's actually great – we'll only get to know them when we play A Plague Tale: Requiem.

The first part captivated us with its unusual atmosphere, showing the Middle Ages with a little bit of fantasy, which was aided by a great audiovisual setting. The bond between Hugo and Amicia is also very convincing, making them heroes that will be remembered for a long time. In the sequel, we can certainly count on the return of all the advantages of the original, along with the mechanics of avoiding swarms of rats, but there will also be new elements. The slightly older Amicia has become even braver and more ruthless, making use of a crossbow and a hidden blade. How it all fits together into an action stealth adventure, we'll soon find out.