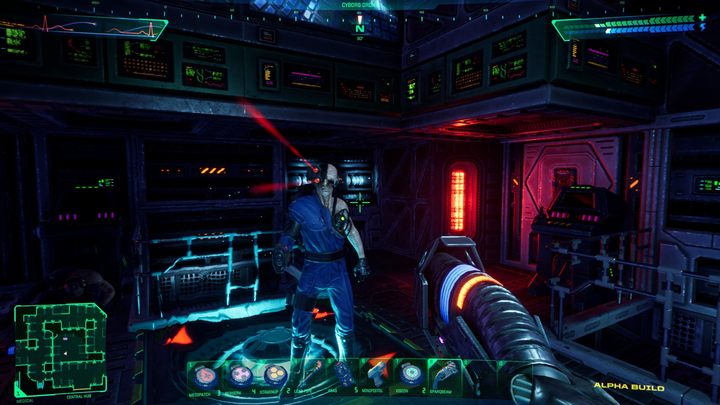 What is System Shock about?

This is a remake of the cult classic game from 1994. At that time, Looking Glass studio created a real hit that crushed us with the atmosphere and added a completely new functionality to then fledgling FPP mechanics. We play as an anonymous hacker, receiving an order to hack into the core of artificial intelligence called SHODAN. She controls the Citadel space station, and the operation itself requires the implantation of a special neuroimplant and several months of convalescence in a coma. When the hero wakes up, there's not a soul at the station – not normal at least, because everyone is either dead or turned cybermutant. It turns out that SHODAN is behind everything, now having his own consciousness, and the hacker must somehow escape from the Citadel...

The situation is clear here – 28 years have passed since the original release. This is the right time to create such a game from scratch, with a contemporary graphic design, which will allow new generations to read it or recall it without having to accept pixelized graphics or a tiny emulator window. System Shock used to delight us with a suffocating atmosphere of uncertainty while exploring the empty corridors of the space base. It also brought elements from the previous production of Looking Glass studio – Ultima Underworld – to the FPP genre, namely aiming with the mouse, interactive objects, as well as hacking and many other solutions that later became standard. Today, the System Shock may not surprise us with anything particular, but the story told here is still worth learning or rehearsing.