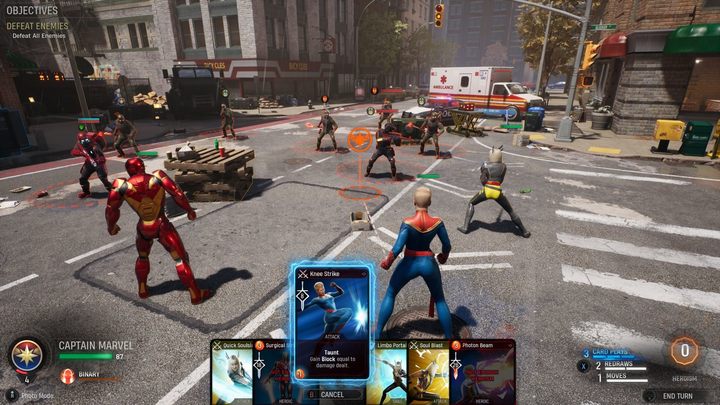 What will Marvel's Midnight Suns be about?

Firaxis studio, known for the Civilization and XCOM series, is not associated with superheroes, but Marvel's Midnight Suns is not an action game, but a pure strategy, in line with the specialization of these developers. During the turn-based game, we will lead a team of four heroes, headed by Hunter – a completely new character in this universe. Together with many iconic protagonists, such as Doctor Strange, Iron Man, Wolverine and Captain America, we will oppose the sinister Lilith – the mother of all demons who plans to take over the world. There will be superpowers and the ability to use elements of the environment. It will also be important to build relationships with the heroes through various side activities in the off time between battles with demons.

The Marvel universe has got us used to either spectacular blockbusters in cinemas, or action games like Spider-Man or Guardians of the Galaxy. The Firaxis studio's proposal seems to be an interesting break, significantly slowing down the dynamics of clashes to turn-based battles. For some, it may be an incentive to finally check out a game from the Marvel universe, for others – to the contrary, especially since the developers reportedly introduced a lot of changes to the game after the mild reception of the first promo materials. We can hope that their corrections did help and we will get not only a very remarkable game in October, but also a refined one, with a well-known cast of heroes.