2019 was a great year for fans of strategy games. Several well-known and respected franchises, such as Total War or Anno, have received new installments that were warmly acclaimed by players and critics. Some brand new titles have debuted (like Crossroads Inn) and remastered versions of immortal classics were released (Age of Empires 2: Definitive Edition). Even console players were lucky enough to get a slice of strategic cake due to such titles as Fire Emblem: Three Houses or Age of Wonders: Planetfall. It was rather easy to overlook many niche and experimental strategy titles that were worth playing – most probably due to the plethora of strategy games which we have already discussed in other article. Therefore, we're going to focus on underrated strategy games in this article.

Our list includes 10 strategy games that you might have overlooked in 2019 which, in our opinion, may be worth a try. Moreover, you can find almost every type of strategy game in this overview. Therefore, our list contains several representatives of a serious and hardcore approach to the genre, as well as games that can be considered as casual and relaxing titles. You will find here such types of strategies like classic real-time strategies, turn-based strategies, economic games or city builders.

THESE ARE NOT GAMES FOR EVERY GAMER

We are not writing here about major blockbuster hits which are widely considered as successful and popular games. We would rather like to distinguish those titles which at least have some extraordinary value in their category but haven't received much attention at the same time. On the other hand, the variety of items in the list should satisfy every gamer – everyone will find something interesting here. 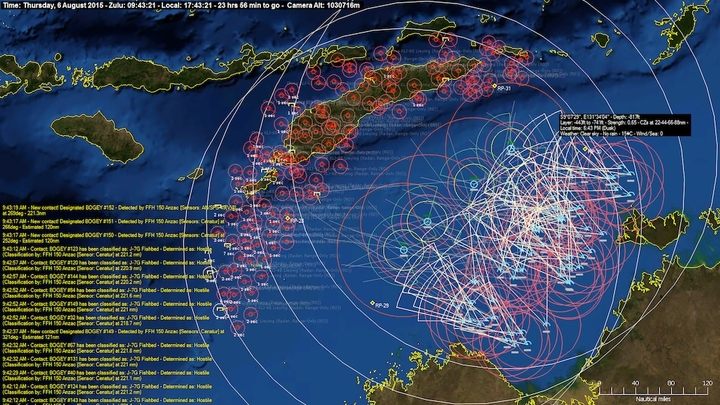 Let's start with a powerful strike. Command: Modern Operations is a massive simulator of modern military operations and a continuation of the well-received Command: Modern Air/Naval Operations that was released in 2013. It's a title addressed to real veterans, expecting a high dose of realism and high level of difficulty.

The game offers an opportunity to take part in almost any military conflict that occurred after the end of World War II, as well as to create your own scenarios of military operations by using an extensive editor. The gameplay takes place on a strategic map that covers the entire area of the globe. The whole map was made out of satellite images. Players have all kinds of armed forces at their disposal, which were recreated with tremendous precision. During the gameplay you have to pay attention to such aspects as the range of weapon you have at your disposal, overall characteristics of its components, level of traceability, and possible damage it may cause to enemy forces.

Due to its complexity, the game has a steep learning curve. Game designers have prepared a series of tutorials covering almost every aspect of the gameplay and provided an outstanding database that contains almost all information about modern military equipment (that is not secret or classified). This may be helpful for casual players or beginners.