Guacamelee! 2 in our encyclopedia 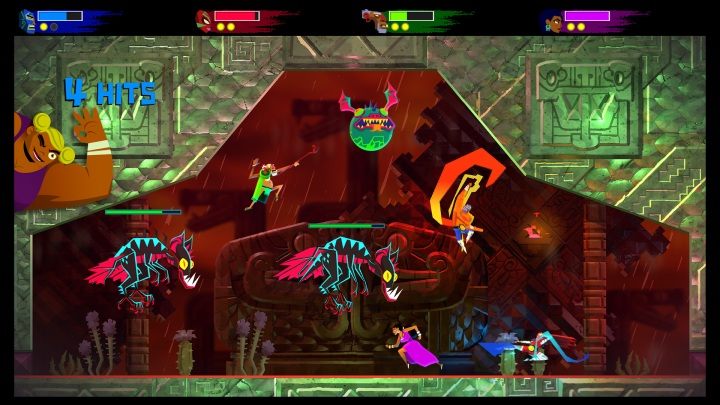 Co-op type: a single-player campaign to which up to three people can freely join

The Metroidvania genre has become so popular among independent game producers that more representatives of it appear on a regular basis. The effect of this is that players can be very picky and new games become increasingly difficult to break through. First Guacamelee! did it. The recipe for success turned out to be a combination of traditional elements for this type of games, i.e. the ability to explore vast levels and gain additional powers during a playthrough, allowing players to get into previously blocked areas, with an extensive fighting system derived from walking fights and a unique atmosphere inspired by the Mexican culture.

The first installment of the series also offered a pleasant co – op mode-the second person could join the game at any time and assist us in our efforts. Guacamelee! 218×16 svg further expands this gameplay formula, allowing up to four players to play through the campaign simultaneously. However, in order to keep the game from becoming too banal, the level of opponents is scaled to the number of participants.

The gameplay is the same as in the original and involves exploration, gaining new powers, and extensive combat in the mad realities of the luchador World, Mexican beliefs, and folklore. However, the difficulty level slightly increases, which actually makes Guacamelee! 2 a better game than part one (which is still great).