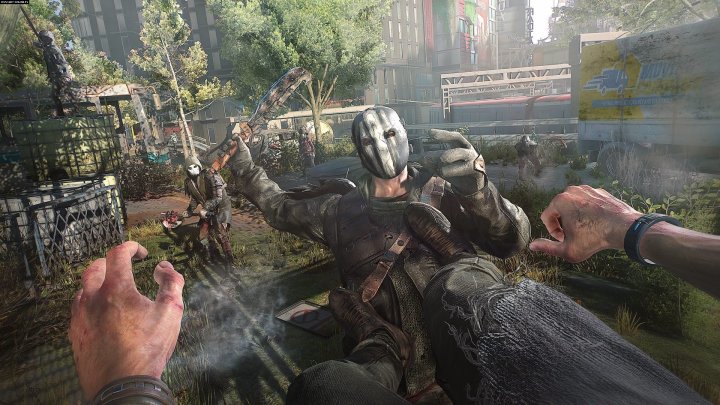 It may be hard to believe, but Dying Light is one of the industry's greatest achievements when it comes to zombie games. In terms of overall sales figures, this title can only be matched by the legendary Resident Evil series. No wonder the expectations from the follow-up were enormous.

Dying Light 2 expands the assumptions of the previous part of the series and offers a parkour system again. This time, however, it's been completely redesigned and is even more complex. Thanks to this, moving around the vast map is pure pleasure here. A satisfying and extensive combat system is also perfect. Simply mowing down the living dead is an activity that's enough for dozens of hours. The night-time stages deserve a separate round of praises, as they provide a rush of adrenaline and turn the gameplay into a truly desperate fight for survival.

Fans of the previous game actually received "more of the same thing," and the newbies can count on high-quality gameplay in zombie apocalypse setting. What's also important is that the game doesn't become boring too quickly. Dying Light 2 offers a sizable world with enough content to last several dozen or even a hundred hours of engaging gameplay.