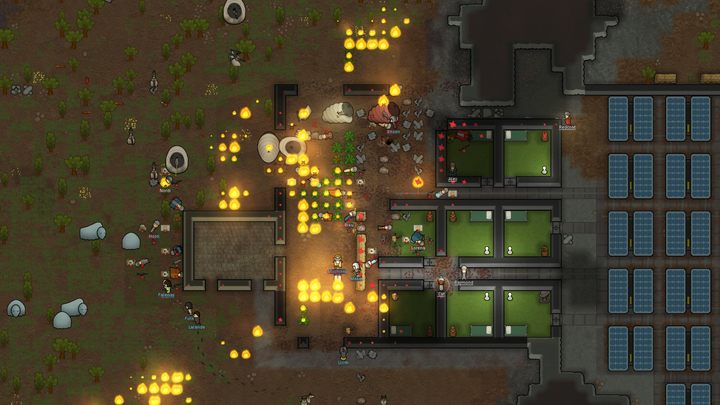 No amount of Health & Safety training can prepare you for the accidents that RimWorld has brewing up.

The best stories are those that tell about ordinary people, measured with ordinary everyday life... preferably on an alien planet surrounded by wild tribes and bloodthirsty monsters.

RimWorld is exactly such a small simulator of tragedy and drama. Our task is to direct the activities of a group of survivors on an alien planet and eventually lead them to a tragic and miserable demise.

The population, which, by the way, we cannot directly control, is constantly being decimated by accidents, bandit raids, attacks of wild animals, fires, lightning strikes, epidemics of exotic diseases... When that happens, we start the game again, expanding the village a little further... we're trying again from the beginning, because this time, one of our survivors had a mental breakdown and killed the others.

There are people who prefer all-inclusive holiday, and those who go to Afghanistan, without money nor transport, to see if they can survive. There are people who get to the top of Pikes Peak in a Jeep, and those, who climb the Seven Summits in winter like it was nothing. Finally, there are those who have the best fun playing RimWorld, and those who play Dwarf Fortress. And although the latter game is absolutely brilliant, we've not included it in our ranking, because we care about your mental health and willingness to live.

After a while, we realize that we're addicted, and quite the game for a few months, after which we get back to it, because the creators just added a lot of new interesting things.

RimWorld is perhaps the best current clone of Dwarf Fortress, aimed designed for mere mortals. The game offers long hours of expansion of our extraterrestrial colony and includes an extremely addictive solution, in which the player is constantly learning the gameplay. A real indie gem. 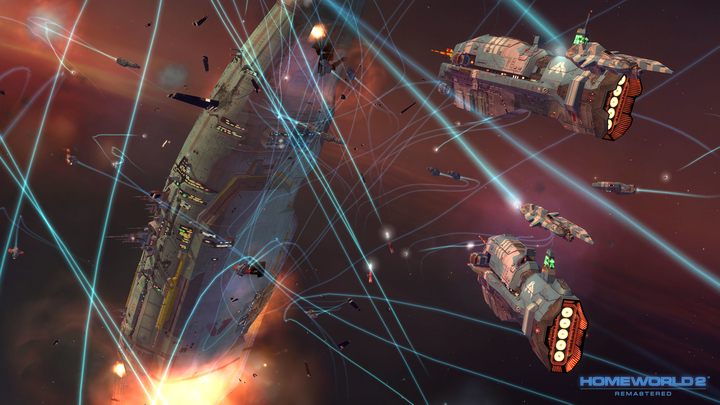 Homeworld is characterized by a scope to rival Star Wars.

Homeworld Remastered Collection is another remaster of a classic title on our list, which can be recognized as the progenitor of the genre. This time, the developers offer as many as two games in the package, so we can try out both the first and second installment of the Homeworld franchise in an updated, refreshed version.

According to the good habit remastering old masterpieces, Gearbox Software have mostly revamped the visual layer of the space epic. Thanks to that, the game makes a huge impression even in the age of 4K resolution and HDR.

Homeworld is a specific strategy. Managing a space fleet in space requires a different approach than fighting an army on 2-D maps. Of course, this aspect of Homeworld performs perfectly, and that's another reason why it's worth playing it; even today, few games allow you to command a star armada and make it so much fun at the same time.

It should also be noted that in 2016, the series got a continuation, subtitled Deserts of Kharak, which takes place on the surface of the title planet. This game wasn't good enough to get on our list, though.