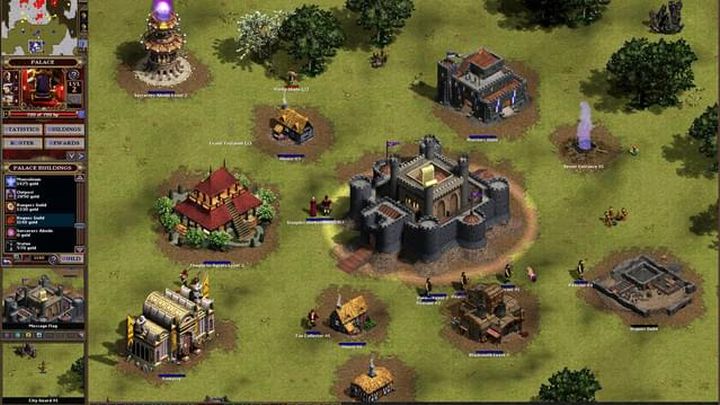 You want me to help? Pay.

Paying mercenaries to lead armies, or even creating an army of mercenaries, isn't anything new in games. Every ruler of a virtual realm had to reckon with the fact that the treasury could not run out of money, not even to finance the army. But... paying ordinary pleb? Paying ordinary folk, who's only job is swinging hammers or axes? Isn't it beneath the dignity of a man of power?!

Well, the developers at HeroCraft thought it wasn't. In the 2000' game Majesty: The Fantasy Kingdom Sim, they introduced the mechanics that didn't allow players to directly control the subordinates. Instead, the system was based on encouraging them to do specific work for appropriate rewards. The stick itself wasn't enough  they also needed a carrot. Our priorities have not always been those of our subjects.

Nine years after the debut of the first part, a sequel called Majesty 2 was released. There, the mechanics were also based on the right incentive for virtual workers, which became the hallmark of the series. A series that no longer exists today.