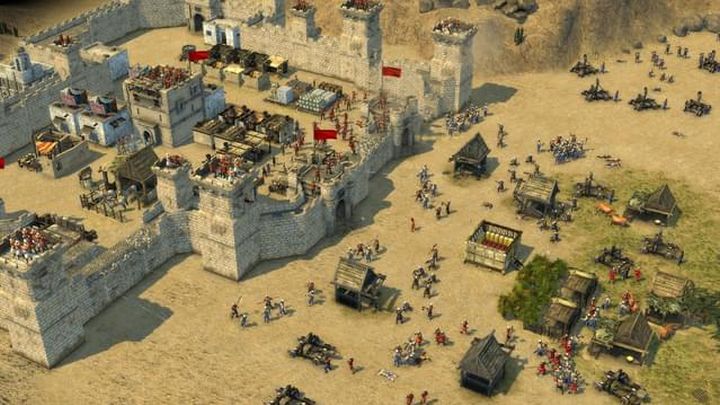 Where are the sieges of our yesteryear?

Sieging a medieval fortress must have been quite a challenge. This common way of waging war a few hundred years ago (open-field clashes were not as popular) required enormous resources and effort, which was often nullified by lack of adequate supplies, disease in the camp, or the usual discouragement with unsatisfactory progress. The invaders tried various ways to achieve their goal  crumble the walls, ram the gate, and even deliberately set fire to the buildings on the far side. Trying to starve the defenders out was absolutely normal. The scope of available strategies did not include cow bombing  don't believe some of the videos.

Another way to get past the walls of the fortress was through tunnels. Before the spread of gunpowder in Europe, the purpose was to cause parts of the walls to collapse, but as time passed, it became fashionable to blow them up. This aspect was captured by the Stronghold series, first launched in 2001. Will similar options be available in Stronghold: Warlords, due to be released later this year? Given the period in which this production will take place, and the fact that it will be moved to the Far East (where gunpowder was invented), this is unlikely.

It is also worth adding that there is no satisfactory spiritual successor to Stronghold at all on the market. Not a single game focused on building and besieging castles. The original remains an interesting position to this day, but all sequels have unfortunately failed the expectations.