Roguelike games can be entertaining and attractive for many reasons. For some, the most important element is the high difficulty level, while others enjoy diverse content, or gameplay mechanics. The universal advantage of this kind of productions is that these games usually last for hundreds of hours of fun and turn repetitiveness into their advantage – because, with each approach, we can see smaller and larger changes related to location design, enemies, and our own style of playing. There are already plenty of such titles on all platforms, and today, we present you 10 finest roguelike games – in no particular order.

The rogue-like is a genre derived from the 1980 game called Rogue. By the classic definition, roguelike games employ turn-based mechanics, similarly to the prototype. However, the genre has evolved a lot, taking a turn towards movement and combat requiring more dexterity. However, games that break from the traditional solutions are still called roguelikes, though the name also applies to less conservative titles. The following list includes both classic games, and more modern ones. 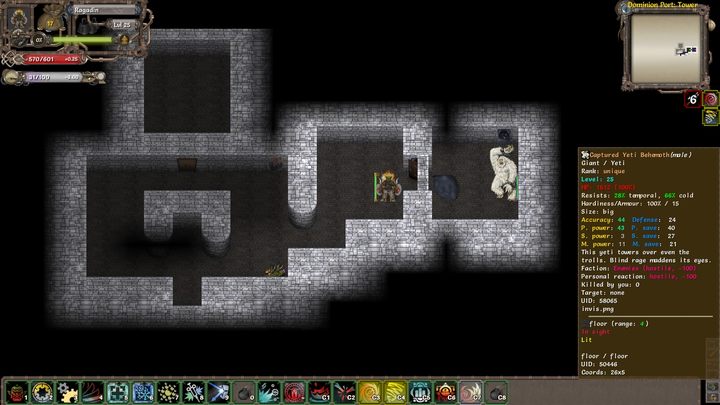 Tales of Maj'Eyal is a game considered by many genre fans to be the best one and fully reflecting the nature of the roguelike gameplay. It has a peculiar turn-based system, in which enemies act immediately after your move, but it also has a simple graphic design, and incredibly expanded mechanics and content. The game offers over a dozen character classes, and each of them allows you to choose a specialization. Of course, the fun varies depending on who you play. Some of the races and professions are locked at the beginning, which further motivates you. A nice addition is that the character's race affects the location in which you start the game.

ToME impresses with its panache - though not in artistic or visual terms. The game is huge, and you can admire its depth more and more with each approach. There are a multitude of character builds, talents, items, side quests. Even after playing this game for dozens of hours, you can discover something new. Once you learn one class, you can start the adventure with a completely different hero - which usually changes the gameplay tremendously. On top of that, the difficulty level is (of course) extremely high, and the lore is quite interesting – something that rarely attracts attention in classic roguelikes. 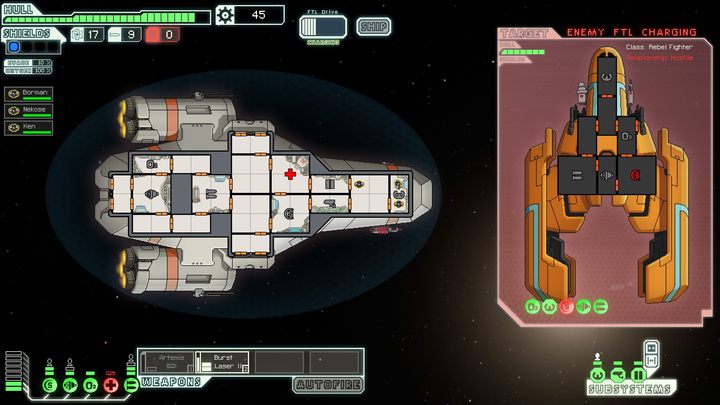 This indie classic is an example of the evolution of the roguelike genre. The game has a high difficulty level, high replayability supported with a variety of content and random elements, but offers a different style of gameplay. Traveling through the galaxy and supervising a spaceship during battles is something completely different than turn-based combat of the classic roguelikes – though it’s just as engaging. As you travel, fleeing from rebel forces, you learn about the history of the conflict and encounter interesting random events and small stories that often encourage us to change course.

The most engaging, of course, are the skirmishes. You manage crew members – three at first – and give them real-time commands to assign individuals to given rooms with key ship's systems. You aim the cannons at specific parts of the enemy vehicle; you can also teleport to the opponent's deck or deal with the boarding ourselves – for example, by opening the appropriate locks. The fight can be chaotic, but fortunately, you can pause the game at any time to reflect on your decisions. As you progress, you unlock new types of ships and have even more reason to start the adventure again. 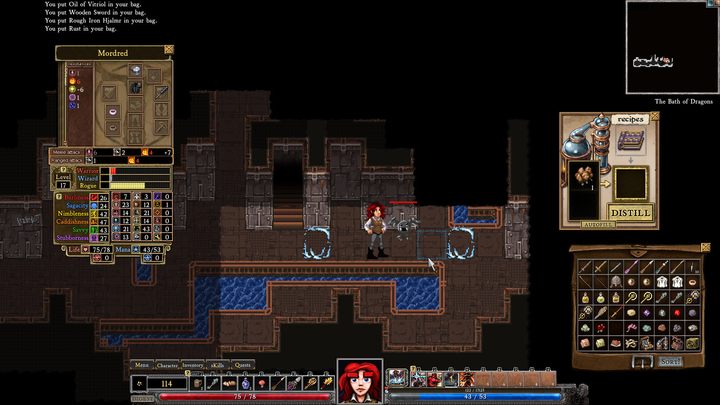 Another option for those looking for a classic successor to the Rogue game. You could say that Dungeons of Dredmor is a slightly less complex and more accessible version of the previously described, iconic Tales of Maj'Eyal. Primarily because the game is more consistent. After all, you're not traversing a huge world, just the titular dungeons. You select a set of skills before each travel, and as you explore, you acquire many weapons and items that can help you stay alive as long as possible.

The element that sets this game apart from the others is humor. The writers seasoned this, otherwise typical fantasy game, with amusing descriptions, references, and jokes. For example, you can pray to the Goddess of Side Quests, grow mushrooms on the bodies of enemies, or read about various funny weapon features. The portrait of the protagonist, like the one from Doom, changes when you receive damage. The atmosphere evokes the works of Pratchett or the Munchkin board game. It's a really nice break from the more serious roguelikes.