Children of Morta for PC, PS4 and XONE is a retro-styled production that combines elements of roguelike RPG and narrative adventure game. It has been financed on Kickstarter, and developed by an independent studio, Dead Mage, known mainly for its third-person hacknslash Garshasp.

The titular Morta is a mountain, which has been guarded by generations of Bergson family who live on its hillside. However, due to influence of mysterious power, a source of life located deep within mountain gets corrupted, changing nearby creatures into blood-thirsty monsters. Playing as members of the family, we need to gather seeds of life and use them to stop the spread of the evil.

We play as a few members of Bergson family, each with different special abilities and fighting style. Gameplay focuses on traversing procedurally generated levels, collecting items and fighting against monsters. While the game takes a lot from classic roguelike hacknslash titles, it also offers a rich story, with many side threads. The developers force us to make difficult decisions that will affect further plot quite often, allowing us to create our own, unique experience. Obviously, Children of Morta also includes character development and inventory systems, as well as  in line with modern standards  crafting mechanics to modify our equipment. There is also alchemy, meaning we can brew variety of potions.

As far as its audiovisuals go, Children of Morta for PC, PS4 and XONE makes use of classic pixel-art style, similar to games of the 80s and 90s. However, developers made sure to include modern lightning and a lot of artistry, giving location beautiful and nostalgic look. 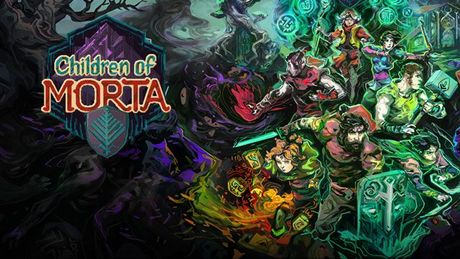 Children of Morta Review - A Gem Among Roguelike Dungeon Crawlers

When you beat the Children of Morta you will have the feeling that you are not only abandoning the great, dynamic hack'n'slash, but also that you are leaving the family home where you simply felt good and safe.

In the summer, Children of Morta - an RPG action with elements of adventure from Dead Mage studio - will launch. The publisher - 11 Bit Studios - released a demo. Until June 22 everyone can test the game for free.