Layers of Fear 2 is a continuation of a horror adventure game from 2016. The production was developed by Bloober Team, the authors of the original. The game was released by Gun Media. The title was initially known as Project Melies, a reference to the name of one of the cinema's pioneers, Georges Mélies.

In Layers of Fear 2 players once again play as the artist whose aim is to complete his masterpiece. This time, however, we are not talking about a picture, but about a movie. The mansion know from the first game was replaced with a ship sailing on an open sea.

The action in Layers of Fear 2 is presented from the first person perspective (FPP). The gameplay consists primarily of walking around the ship's deck and observing the paranormal phenomena taking place on it, as well as gradually discovering the history of the protagonist, by reading notes scattered around the locations or listening to the hero's memories. Besides, the game does not lack logical and environmental puzzles and arcade elements.

Layers of Fear 2 has three-dimensional graphics of decent quality. The game's sound aspect is also at a high level - the narrator is played by Tony Todd, known from iconic horror movies.

The Layers of Fear 2 guide is a compendium of knowledge about this mysterious horror game. From our publication you will learn how to solve all the puzzles. You will also find here an exact walkthrough. 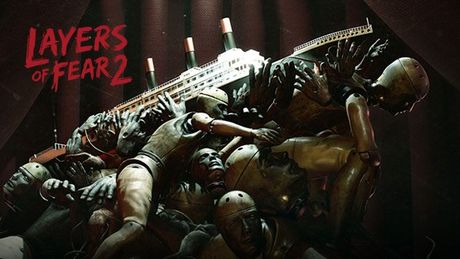 Layers of Fear 2 Review  More Ambitious, but is that Good?

An atmosphere which is not that spooky or terrifying but... quite strange, disturbing, literally "creepy." Layers of Fear 2 is not the Polish P. T., but a Polish TP. T for Twin, and P for Peaks.

Cracow-based developer Bloober Team has published a message, in which the team informs that the sequel to the horror game Layers of Fear will launch in the second quarter of 2019. The game will be released on PC, as well as PlayStation 4 and Xbox One cons 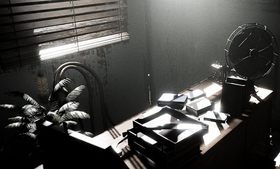 Today we're writing about the release date of Layers of Fear 2, a new studio helmed by the lead designer of Dragon Age: Origins and Baldur's Gate, sales results of Persona 5 and the announcement of Tamarin. Welcome to your daily batch of short news from the world.

Polish studio Bloober Team has revealed its plans for the future. The team will focus on productions with a higher budget, which will offer more action than the developer's previous projects. FPP will be abandoned in favour of third-preson perspective, but the devs still intend to specialize in psychological thrillers.