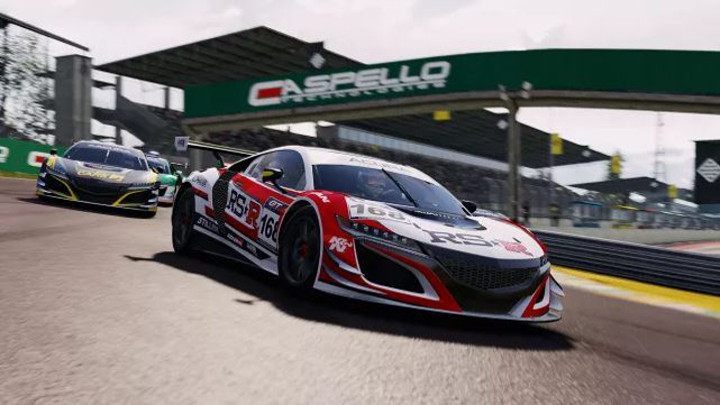 Slightly Mad Studios has announced the third installment of the Project CARS racing game series, the existence of which has been known unofficially since last year. The game will be released in the summer and will be coming to PCs, Xbox One and PlayStation 4 at the same time. The developers haven't mentioned anything about potential ports on PlayStation 5 and Xbox Series X so far. The announcement was accompanied by the first trailer of the game, which was prepared entirely on its engine. Project CARS 3 is distributed by Bandai Namco.

In Project CARS 3 the players should expect a refreshed and "exciting" career mode as well as a new asynchronous multiplayer mode called Rivals. As in previous installment of the series, we will select one of many configurable difficulty levels, which will enable both beginners and seasoned veteran of driving simulators to enjoy the game.

For the time being, we do not have specific details of the game's content, such as the available number of cars and tracks. However, we know that the devs will offer at least two new tracks, one on the streets of Shanghai and the other on the Brazilian Interlagos track in Sao Paulo. During the game, we will sit behind the wheel of one of hundreds of cars from ten vehicle classes. Each of the vehicles will be upgradeable and customizable. For the first time in the series, there will also be a complex editor of the appearance of the car body, similar to the one known from the Forza Horizon series.

In terms of technical aspects, the developers promise that they want to provide image in stable 60 fps on all supported platforms. Additionally, they boast of numerous visual improvements. Noteworthy is also the implementation of a new driving model using a gamepad, which will make playing on this type of controller much more pleasant and easier.

Call of Duty Not for Racists; More Bans Inbound