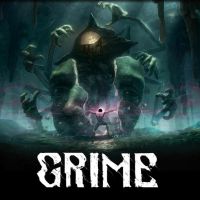 A post-apocalyptic cRPG game that serves as a sequel to a hit title from 1988. Wasteland 2 was developed by Brian Fargos (the creator of the original Wasteland) inXile Entertainment Studio with financial support from the community via Kickstarter crowdfunding. The story is set 15 years after the events of the first game. You play as a member of the Desert Rangers and traverse the titular Wasteland - what is left of the United States after a nuclear war.

The first expansion for Pillars of Eternity, the bestselling cRPG created by Obsidian Entertainment. The action takes place in an abandoned dwarven stronghold, Durgan, where, as rumor has it, one can find tons of incredibly valuable artifacts. The place is overrun by monsters though, and most adventurers that dared enter it never came back. The players party accepted the challenge and ventures into the stronghold with a mission of uncovering the secret of the legendary durgan steel.

An expanded version of Fable, the 2004s bestselling, Xbox-exclusive RPG by Lionhead Studios. The action once again takes us to the fantasy land of Albion, where the protagonist seeks revenge on those who assaulted Oakenfold, his home village. In the game, we complete subsequent story quests and observe how the main character evolves from a defenseless child to one of the biggest heroes of Albion.