Another installment of the popular series of action games with RPG features. The series is developed by Capcom and its installments were usually released on Nintendo and Sony consoles. The plot isnt very important in Monster Hunter World  the player simply assumes the role of the titular monster hunter who is tasked with exploring the mysterious continent known as the New World. There he kills powerful beasts as part of bounty contracts.

A sequel to one of the biggest hits by Blizzard Entertainment. The plot of Diablo II follows the events of the first installment. The victory over Diablo turned out to be merely an illusion. Having possessed the body of his conqueror, Aidan, Diablo plans to unleash his brothers  Mefisto and Baal  with the purpose of enslaving the human kind once and for all. The players objective is to thwart the demons dreadful plans.

The third installment in the popular series of post-apocalyptic cRPGs. Bethesda Softworks, best known for The Elder Scrolls series, took the reins of the production. The main story arc focuses on the search for our characters father. During the journey, the main protagonist, called the Lone Wanderer, learns of Project Purity, which could provide water for the inhabitants of the Wasteland.

The first large expansion to The Witcher 3: Wild Hunt, developed by the creators of the original game, Polish studio CD Projekt RED. The add-on is set in No Mans Land and the city of Oxenfurt, where Geralt the witcher gets entangled in a shadowy intrigue and encounters a mysterious Man of Glass. Hearts of Stone is more than a new subplot and missions, which provide for a dozen extra hours of gameplay - the players can also gain new useful items and meet interesting characters.

An action role-playing game from the fathers of the Gothic series  Piranha Bytes from Germany. The plot of Risen takes the players to Faranga, an island full of valuable artifacts as well as dangerous creatures. The player assumes the role of a nameless hero, whose ship sinks near the island's shore. The character gets involved in a complicated intrigue of three competing fractions: the Inquisition, the bandits, and the Mages.

Third-person perspective action game with RPG features and a sequel to the warmly-received production created by Cavia in 2010. The second installment was created by a different developer  Platinum Games known for the Bayonetta series. Despite that, Tarou Yokou, the creator of the first game, retained his position as the director of the project. The game takes place in distant future in which Earth was destroyed due to war against deadly machines. 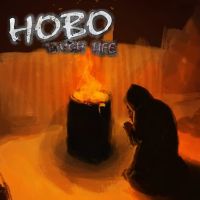 An action-RPG and the third part of the Risen trilogy, created by German developer Piranha Bytes. In Risen 3: Titan Lords the creators dropped the pirate themes in favor of a Medieval-inspired dark fantasy setting. You take on a role of a hero whose soul has been devoured by the Shadow Lord. Depending on the choices you make throughout the game, the hero may once again become human or follow the demonic path.

Torchlight Frontiers is a hacknslash action RPG. The main attraction of the game is an action-based combat system. The majority of missions are completed in teams of several people, but the games world is constant and inhabited by a large group of players like in MMO games.