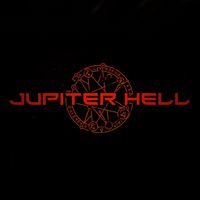 A turn-based roguelike RPG, considered to be a spiritual successor of DoomRL. Both games have been developed by Chaos Forge. The action of Jupiter Hell is set inside bases located on several moons of Jupiter. Near those base gates to hell have been opened, allowing waves of demons to come to our universe. As a lonely marine, the player has to stop the demonic invasion.

Xenoblade Chronicles 2 is the third entry in the Xenoblade series. The previous entries were Xenoblade Chronicles for Wii and Xenoblade Chronicles X for Wii U. The new entry isnt directly related to its predecessors, but similarly to Final Fantasy series it shares some common elements with them, including enemies, available items, attacks and character skills. During the adventure the player assumes the role of a boy named Rex.

Another installment in the popular, long-standing game series published on Nintendo handhelds. Developed by Game Freak, the game was released in two versions, similarly to previous parts of the game  Pokémon Sun and Pokémon Moon, which differ only in the creatures available in game. The game world combines elements of our reality and fantasy aspects. You assume the role of a young Pokémon trainer who aspires to be the best trainer in the world.