A standalone free-to-play action game which initially was part of Deus Ex: Mankind Divided. In Deus Ex: Breach, we assume the role of a Ripper, a hacker whose task is to retrieve classified information on the biggest corporations of the Deus Ex universe. Mechanics-wise, the production resembles a first-person shooter set in cyberspace. Every server we break into is a visually different location, densely filled with various enemies and security measures. For our successes, we are awarded credits that can be spent on special content packs with equipment: from disposable items, through server mods and Praxis Kits, to new kinds of weapons. Players who would like to develop their character faster can make use of the built-in microtransaction system. Visually, the game offers an unusual style since almost all elements of the environment are composed of polygons. 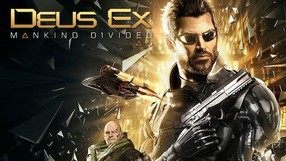 The fourth major installment in a popular cyberpunk action-RPG series. The game was developed by Eidos Montreal, who previously developed two other parts of the cycle, as well as the 2014 reboot of the cult Thief franchise. The game is set 2 years after the events of Deus Ex: Human Revolution. The player again assumes the role of an Interpol agent, Adam Jensen, who fights criminal organizations in different parts of the world. In accordance with the tradition of the series, gameplay is non-linear, allowing the player to choose the ways of dealing with in-game problems: from open confrontation to stealth approach. As compared with the previous game, this time you have access to twice as many biochips and special abilities that are gradually unlocked throughout the gameplay. Another vital element are the consequences of your choices  all your actions and conversations can bear consequences later in the game. 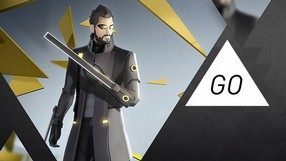 One of the spin-offs to Deus Ex, a popular RPG series developed by Square Enix. The title takes place in cyberpunk universe known from the main installments of the series. In this universe the humanity learned how to improve the capabilities of humans with cybernetic augmentations. Gameplay mechanics of Deus Ex GO are similar to the previously released Hitman GO and Lara Croft GO - it is a turn-based puzzle game. The player assumes the role of Adam Jensen, the protagonist of Deus Ex: Human Revolution and Deus Ex: Mankind Divided. The action of the game takes place on small levels, through which the players move along a preassigned route. One can move between branching points and each action activates traps and enemies in the area. This forces the player to carefully plan his moves in order to avoid or eliminate threats. Visuals of Deus Ex GO are similar to the visuals of the aforementioned games, keeping their unique cyberpunk style. 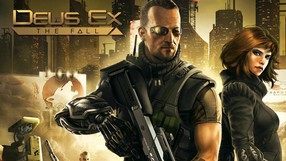 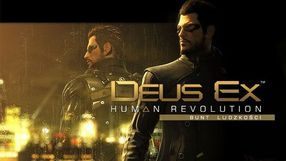 The third installment in a series of cyberpunk action games with RPG elements. The franchise was launched in the year 2000 by Ion Storm, led at the time by Warren Spector. The reactivation of the series was made possible by the Eidos Montreal studio. Story-wise, the game is a prequel to the original series, taking us back to the year 2027, when Sarif Industies only begins to explore the possibilities of biomechanical augmentation of the human body. You assume the role of Adam Jensen, the company's chief of security, who gets seriously injured when an unidentified armed force suddenly attack the company HQ. Saved by a series of surgeries and mechanical implants, he decides to investigate the puzzling truth behind the events. Gameplay boils down to combat, exploration, and interactions with the environment. Of course, there are the also series landmark features, such as sneaking and hacking mini-games. Depending on the augmentations you choose to implant in the heros body and the skills they provide, each in-game problem can be solved in several different ways.

Deus Ex: Anthology is a set of three games signed with the logo of the British corporation Eidos Interactive. The package consists of two parts of Deus Ex series by Ion Storm group and tactical shooting Project: Snowblind by Crystal Dynamics team.

Project: Snowblind is a first person shooter (FPS) in the realities of science fiction, whose creation is the responsibility of the Crystal Dynamics development team. The plot of the main campaign is set against the background of a civil war in China and the player takes on the role of one of the futuristic super-soldiers involved in this conflict. In addition to the solo mode, the creators of the game envisaged the possibility of multiplayer battles with a maximum of 16 participants. 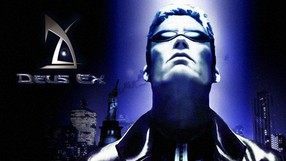 A cyberpunk first-person perspective action RPG developed by Ion Storm, studio led by the legend of the video game industry, Warren Spector  co-creator of such cult series as Ultima and Wing Commander. Deus Ex takes place in the middle of XXI century, in a world filled with terrorism, corruption, poverty and a mysterious disease called the Gray Death. The player assumes the role of agent JC Denton and discovers that a secret organization named Majestic 12, which eventually intends to rule the world, is responsible for the deadly virus. The gameplay mechanics of the game combine FPS, stealth and RPG features. Thanks to special nanotechnological augmentations the protagonist has inhuman abilities that can be gradually improved as the game progresses. Denton can use various weapons which can be also modified. The story of the game is non-linear, and depending on the choices made by the player it might led to one of three alternative endings.