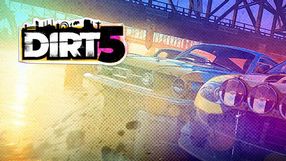 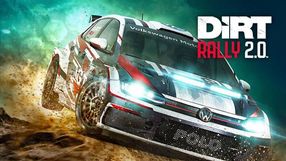 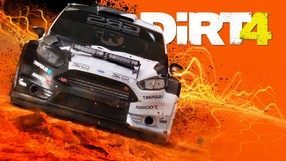 Another installment in the popular series of racing games developed by Codemasters. The game expand the concepts its predecessors were based on, adding however, plenty of novelties at the same time. DiRT 4 offers over 50 cars and several kinds of championships - above all, rally events. Furthermore, the Landrush mode makes a re-appearance here, but also rallycross events were included, based on the FIA World Rallycross Championship license. The Joyride complements the game modes, offering various kinds of challenges for the player to enjoy. The Career is the most basic mode - the player creates their own driver, attracts sponsors and develops their team, which gradually gets more and more effective. Apart from that, the game brings a competition-based multiplayer component supervised by the RaceNet service, which makes it possible to organize on-line leagues and tournaments. What is completely new here, is the so-called "Your Stage", which is a special module that allows the player to create their own routes. DiRT 4 utilizes a modified and modernized version of the Ego engine, which is at the source of the game's high-quality visuals. 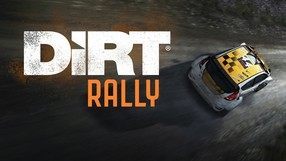 The next major installment in a bestselling racing game series developed by British studio Codemasters. The title returns to the origins of the series, originally launched in 1998 as Colin McRae Rally, focusing solely on good old rallying. The player can drive a wide array of cars from 6 classes, including both new brands as well as classic models from 1960s. You can compete in several varied locations scattered across the globe, e.g. Wales, Greece, or Monte Carlo. The authors put heavy emphasis on the realism, and the driving model reflects that, taking into account numerous factors, including the road surface and your cars customization. As your vehicle can be damaged, it is essential to hire a team of mechanics who can repair the car and upgrade it with new parts which you successively unlock throughout gameplay. 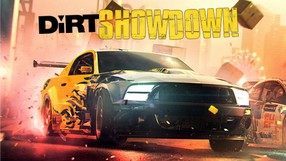 A spin-off installment of the racing game series from Codemasters, which, contrary to the major installments in the franchise, puts emphasis on crazier, purely arcade, and much more spectacular gameplay. Some of its features, namely the Gymkhan mode, have already appeared in DiRT 3. In the game, we take part in a grand motorshow and compete in several game modes divided into three categories. The first one is traditional racing (Lap Attack, Eliminator, Domination), the second, the Hooningans challenges, involves breaking objects or performing various stunts. However, at the core of DiRT Showdown is the demolition mode where we compete in special arenas, and our task is to survive, while eliminating as many opponents as possible. Implementing new game modes, the developers took care of more spectacular damage model, thanks to which our vehicles spectacularly break apart during the competition. 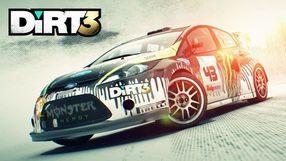 The third full-fledged installment belonging to the incredibly popular racing-themed franchise developed by Codemasters. The DiRT subseries has cultivated traditions initiated in the late 1990s by the Colin McRae Rally series. After the previous game, which emphasized off-road competition, DiRT 3 constitutes a return to the original concept behind the main Colin McRae series, bringing back rally competition in its most classic form (the game uses the official WRC licenses). However, this third iteration still introduces a massive number of novelties, such as stunt arenas from the X-Games competitions, or a completely new type of contest, that is the so-called Gymkhana - it was popularized by one of the most famous drivers in the world, Ken Block. Gymkhana is all about being fast and showing off at the same time - a designated route has to be completed as quickly as possible, but the player is rewarded with points for performing various stunts along the way. As usual, a wide set of licensed cars is at the player's disposal here, many of them originating in different time periods. Also, DiRT 3 features buggies and pickups - those are typically used in off-road competitions.

The sequel of the well-received racing game entitled Colin McRae: DiRT that set a completely new direction for the racing game series by Codemasters, labeled with the name of the tragically deceased Scottish racing driver. DiRT 2 focuses on dynamic off-road tournaments in which we can sit behind the wheel of several licensed cars. The new career mode was designed similarly to that of GRID  while traveling around the world, we take part in races and gradually build our reputation. As we progress, we establish friendships with other aces of motorsports such as Travis Pastrana or Ken Block who invite us to exclusive tournaments with valuable prizes. The game has a typical youth style, although it retains the class of its predecessors. From among the introduced novelties, the most notable ones are enhanced gameplay mechanics, the improved Flashback feature, and significantly expanded multiplayer.

A continuation of the popular racing game series labeled with the name of Colin McRae, a famous racing driver. Contrary to the previous installments of the series that were devoted to classic car racing, this time around, the developers at Codemasters decided to turn their eye to a completely different direction and focus on off-road racing, which was an equally important episode in the career of the legendary Scotsman. Colin McRae DiRT features an extensive career mode in which we can participate in a number of various challenges, starting with off-road special sections to rallycross tournaments and mountain races on the popular Pikes Peak track in Colorado. Depending on the race, we have different types of licensed cars at our disposal. As we drive, the vehicles can be damaged in various ways and are gradually covered with the eponymous dirt. The title also features a multiplayer mode that lets us compete against other players over the Internet.