The final edition of a popular 2013 platform game created by Ubisoft. In Rayman Legends: Definitive Edition, released exclusively on Nintendo Switch, the players get to follow the adventures of Rayman, who, accompanied by Globox and the Teensies, begins a long and dangerous journey through the unknown, once again taking the fate of the entire world on his shoulders. With the action presented from a side perspective, the game allows the players to explore consecutive locations, jump between platforms, avoid the omnipresent traps, and acquire new skills  keeping all this as the gameplay mechanics core. The acquired skills can be further utilized to reach seemingly inaccessible areas. Rayman Legends Definitive Edition features colorful and masterfully polished 2D visuals with a distinctive cartoonish style. In comparison to the original release, the Definitive Edition distinguishes itself through the additional content available only on Nintendo Switch. 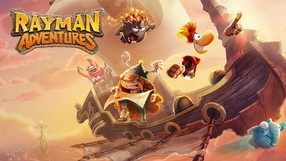 A colorful 2D platformer that continues the long-standing game series developed by the Ubisoft company. At the same time, it is the third installment designed with mobile platforms in mind. The story of Rayman Adventures revolves around a sacred tree growing in the middle of a magic forest. When the ancient eggs that sustain the tree are stolen, the task of bringing them back falls on no one else than the brave Rayman. Accompanied by the fearless Viking warrior Barbara, he sets off on a perilous journey. The game revolves around collecting the eggs and using their special powers in appropriate moments. Similarly to the previous Rayman mobile games, this one too is an auto runner, although this time the gameplay bears more similarities to the full-fledged installments in the series (namely, Rayman Origins and Rayman Legends). As its predecessors, the game is powered by UbiArt Framework game engine. 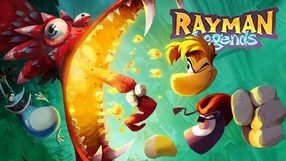 An action 2D platform game starring a sympathetic creature of a protagonist. The game was developed by Ubisoft Montpellier and is the fifth full-fledged installment in the series created by Michel Ancel. This time the titular protagonist and his friend Globox must face nightmares which have created amazing worlds during the 100 years they have spent in the Crossroads of Dreams. Rayman must also free the Teensies captured by the clone of the deceptive Magician. Gameplay mechanics and the visual style of Rayman Legends are similar to the mechanics and style of the previous Rayman game (Rayman Origins). The new features in the game include musical levels and a system that allows other players to freely join the game in split-screen cooperation mode. 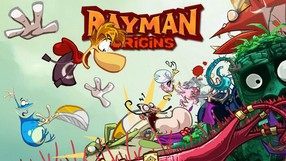 A two-dimensional platform game, the gameplay of which references classic installments of the series. The story of the game takes place before the events told in the first installment of the series. The action of the game takes place in a fairytale realm called the Crossroads of Dream. When the world is threatened by an invasion of dark creatures called Hoodlums, the titular protagonist and his friends decide to save it. During the game the player will visit various fantasy realms, jump between numerous platforms (the action is shown from side perspective and the player can move in four directions), get past various traps, obtain new abilities and fight enemies encountered on the path. There is more than a dozen types of enemies, as well as much more powerful bosses. What's more, the game contains levels in which the protagonist mounts other creatures (for example a giant mosquito) and rides it through large areas. Cooperation mode is a novelty in the series  it allows the player to complete all levels while accompanied by up to three friends. The colorful, beautiful graphics generated by UbiArt Framework are a valuable asset to the game. Colorful locations are accompanied by neatly-animated characters and a catchy soundtrack.

The classic platformer genre, Rayman 2: The Great Escape, returns in an improved version to the Nintendo 3DS. As the title character we have to save ourselves from intergalactic pirates. The game offers full support for 3D technology and also uses a touchscreen with which the player activates special powers and moves around the menu.

Rayman Raving Rabbids: TV Party is another part of Rayman's struggle with the unruly Daughters, who, without abandoning their plan to take control of the world, this time try to achieve it through one of the most popular media - television.

Direct continuation of the popular platformer, Rayman 3, released exclusively on Game Boy Advance console only. This time our friendly hero will have to face the recent enemy Andre again. The stake is the fate of his friend Globox, and the whole world!

Rayman DS is a classic platoform, combining 2D and 3D elements, in which we have forty-five different worlds to visit - waterfalls, caves and pirates' hideouts. In the game we move, of course, the title Rayman.

The third installment in the series of adventures of the eponymous friendly hero. Released for PC Windows and consoles, the game is an action platformer. Rayman and his friends, Globox and Murfy, have to face the army of Hoodlums. As you play, you explore new, colorful locations, from beautiful, magical places to ruined areas inhabited by hostile creatures. Visually, the game looks better than the second installment  the textures and animations have been improved. The Game Boy Advance release, however, is a 2D platform game utilizing a side view perspective. In this edition, you need to find a cure for Globox, who accidentally swallowed the evil Dark Lum Lord. It is also worth noting that the production is among the visually best ones for Nintendo handhelds.

Educational game created on the wave of success of Rayman game. The creators managed to combine the original mechanics of a colourful platformer with educational values, thanks to which the kids intuitively improve their skills in Polish language and mathematics while playing.