Dead by Daylight Mobile is the mobile port of the 2016 action online game. The game offers an asymmetrical multiplayer mode, where four players compete with a fifth who plays the role of a dangerous killer. 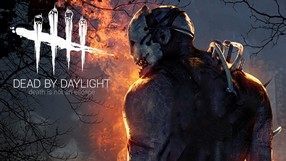 An asymmetric multiplayer action game, based on a classic horror movie storyline: a group of young people being harassed by a murderous psychopath. It was created by Behaviour Interactive, known for such titles as Warhammer 40K: Eternal Crusade or Naughty Bear: Panic in Paradise. In Dead by Daylight, four players take on the roles of ordinary people trying to survive the encounter with a murderer, who's being controlled by the fifth player. You experience the game through a first-person perspective when you play as the villain, and from a third-person perspective when you play as a potential victim. To survive, the victims have to be clever, set traps, and sometimes simply run away. In fact, it is easier to survive when you're working together as a group, but nothing stops you from betraying the others and saving yourself at the cost of their lives. Dead by Daylight features several varied types of murderers, and the game's maps are generated procedurally.