Nearly half a year after Red Dead Online, the multiplayer mode of Red Dead Redemption II, was released, Rockstar Games published an update that took it out of the beta-test phase. Yesterday's patch enriches the co-op mode and free game with new missions, introduces special challenges and dynamic events in the game world, and allows us to play poker or try our hand at a new variant of the game. In addition, the devs provide us with a previously unavailable revolver and pieces of clothing and allow us to choose our preferred style of play. The list of novelties is closed by an extensive list of smaller fixes.

Before we move on to a detailed discussion of the individual novelties, we must note that PlayStation 4 version owners who are not PlayStation Plus subscribers can check out Red Dead Online until May 27; in addition, Sony console players will be the first to test (in Early Access) the upcoming innovations being developed by the developers. The creators also make plans for the future, about which we write at the end of the news. 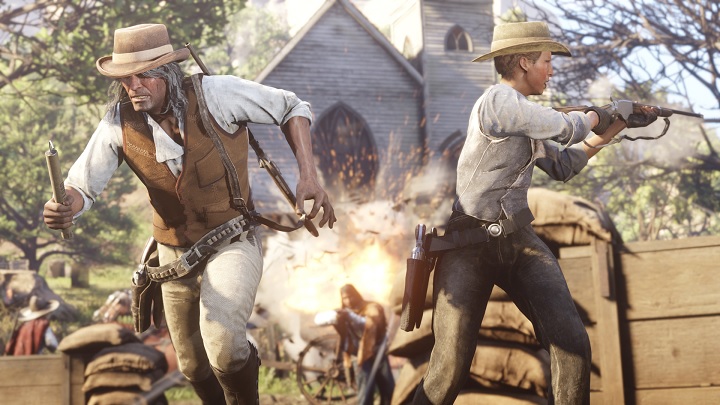 It took almost half a year for Red Dead Online to leave the beta-test phase.

Discussion of the novelties, which have found their way to Red Dead Online, should be started from the co-op mode missions. This time the players have to help Mrs LeClerk to get closer to the truth about the death of her husband. In addition, gunfighters will face a bloody battle with the Del Lobos gang and support Tom Davies' in rescuing Valentine, while the outlaws will take part in a robbery on Denis Bank and an attempt to outsmart the lawyers to support Samson Finch. No matter which road you choose, it all ends in Blackwater, where a dangerous opponent awaits you.

In addition, new missions in the free play mode are waiting for us, featuring characters known from Red Dead Redemption II. Captain Thomas the Skiff from Bayou Nwa and the farmers from the Aberdeen pig farm have orders for us.

In addition, the patch introduces dynamic events that will allow us to encounter various people in need of help as we move through the game world. It is worth taking an interest in them, because it may result in gaining points of experience and honor, as well as more tangible rewards in the form of gold or money. 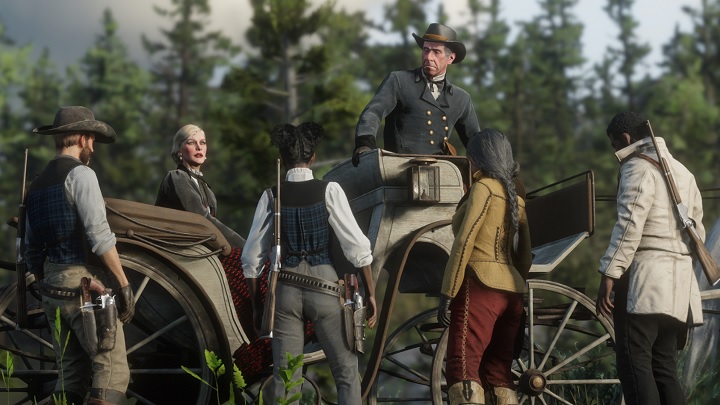 Developers from Rockstar Games did not hesitate to expand the range of available missions.

In addition, the latest update enables the players to put their skills to the test in three types of challenges in which they compete with other members of their gangs. We are talking about trying to catch the biggest fish, shooting birds or catching cattle.

Another new feature is the possibility to play poker; tables for up to six players can be found in Blackwater, Saint Denis, Tumbleweed, Valentine and Flatneck.

The devs also enriched the list of game modes with a new variant of the game, baptized as Overrun Showdown. The game consists of capturing successive sections of the map and marking them, and the struggle is won by the person who at the end of the battle has the largest areas of land in their hands. 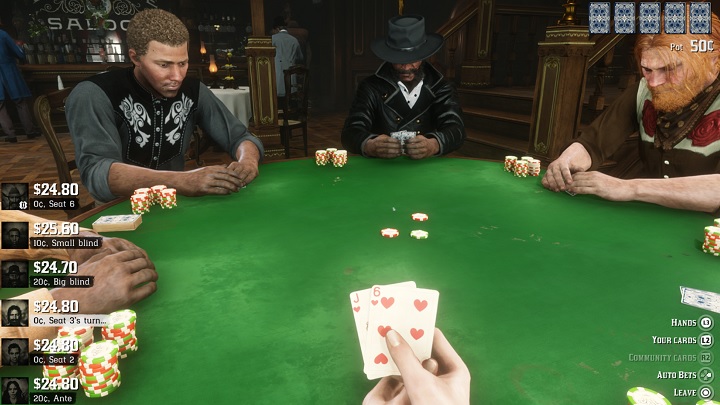 Now we can challenge other players to play poker, among other things.

The update also allows players to choose their preferred style of play. Those who choose the offensive variant (which is set by default) can attack the others, but they have to take into account the consequences.

However, if you choose a defensive option, for example, to enjoy exploring the world, you will be marked with a special shield icon, you will take less damage from other participants in the game, and you will not be able to get lassoed. In addition, those who decide to attack us will be severely punished; the same applies to ourselves if, despite the style we choose, we will exhibit hostile behavior against other players. It is worth remembering that the defensive style excludes us from the possibility of taking part in missions based on PvP principles.

It should also be added that in February the developers have introduced a system to punish players for bad behavior. From now on, those who shoot at aggressive players in self-defense will not receive any penalty, and after attacking another person we will be marked as the enemy only for that person. Nevertheless, the more aggressive we are, the greater our visibility on the radar of the other participants of the game and the further away from the place of our death we will be reborn. 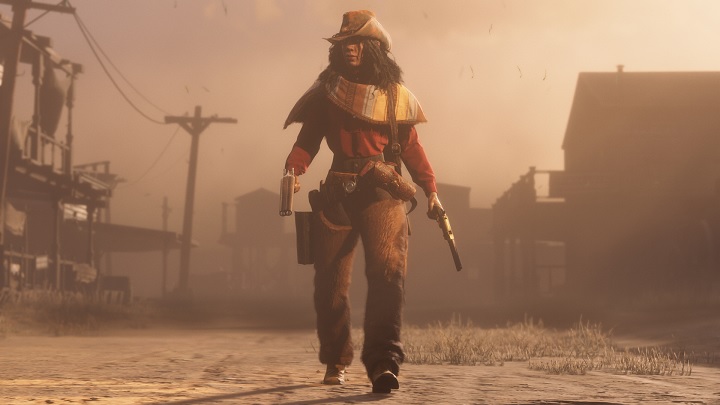 The list of novelties is completed with new weapons and previously unavailable clothing elements.

The extensive list of novelties is closed by a new weapon - LeMat Revolver, as well as elements of clothing and emoticons. In addition, the creators reworked gameplay balance, eliminating the automatic aiming at the head and accelerating the switch of weapons. Among the improvements there is also a new control scheme; although at first glance "FPS2" does not differ much from "FPS", sprint and hiding behind the cover has been replaced by places (depending on which console we play, the running is activated by pressing R1 or RB, and hiding using X or A buttons).

Plans for the future

Of course, developers from Rockstar Games still have big plans for the development of Red Dead Online. In the future there will be new clients, missions, challenges, elements of clothing or even modes of play that have not been available before. The latter include Head for the Hills and Wild Animal Kills, which will debut on May 28, and Public Enemy, which will premiere on June 4. A week later there will be another module, Sport of Kings.

In addition, this summer the players will be able to play three new roles, namely a trader, collector and bounty hunter. The choice you make will affect not only the appearance of the character, but also the gameplay; while nothing will prevent you from developing all the attributes of the protagonist, it may be better to focus only on the features that are useful for the profession.

And you, what will you become - a bounty hunter, a trader or a collector?
video gamesRockstar Games patches and updates sandbox beta-tests Wild West / Western gambling online action games PS4XONE