Half a month was enough for A Plague Tale: Requiem to be played by more than one million players. Focus Entertainment boasted the result in a post on Twitter, in which it thanked players for checking out the game. 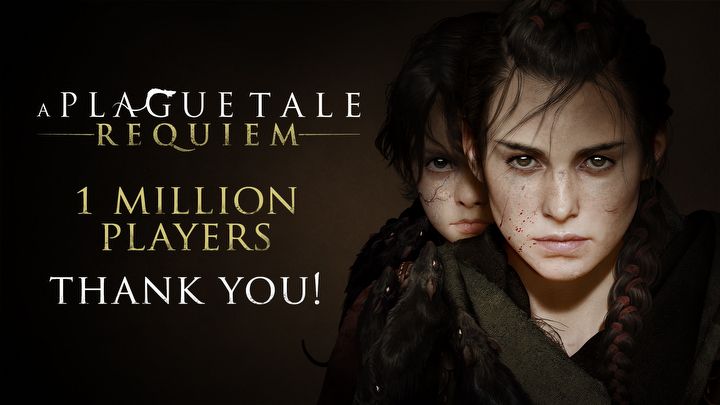 The second chapter of Amicia and Hugo's story has already been checked by crowds of players.Source: Focus Entertainment.

We point out that these are not sales results. Second A Plague Tale is available on Game Pass, and presumably many players have checked out the game as part of this subscription. No actual sales figures for A Plague Tale: Requiem have been published as of yet.

Nevertheless, this stats are already good news for those hoping for a return to this universe. Admittedly, Asobo Studio is not thinking about creating a third installment for the time being, but that may change. Kevin Choteau, director of Requiem, mentioned just after the premiere that the developers want to first see how the second part will be received by players.

For now, it looks like A Plague Tale: Requiem has won their favor, as clearly evidenced by user ratings on Steam. Out of nearly 2.5 thousand reviews on this platform (at the time of publishing this news), as many as 90% are positive.

The game was also appreciated by reviewers, as shown by the newly released trailer with journalists' scores.