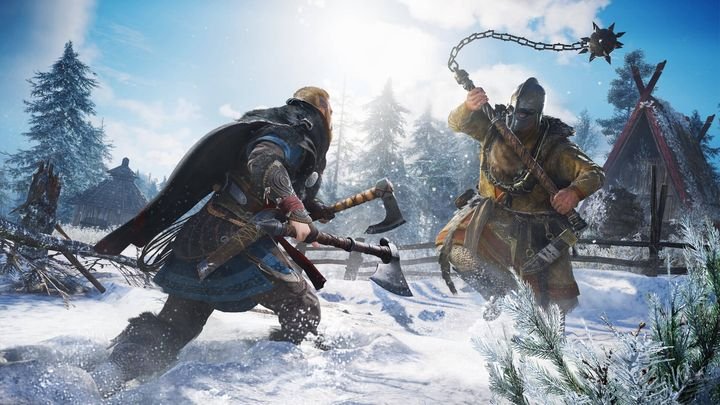 We will play Assassin's Creed: Valhalla at the end of the year.

It's been almost two weeks since Assassin's Creed: Valhalla was announced, but the creators are still revealing additional details about the project. The new information concerns the quality of next-gen consoles. The developers have revealed in a conversation with the Portuguese branch of Eurogamer that AC: Valhalla is to run in 4K resolution and at least 30 fps on the Xbox Series X. This may seem a little disappointing, but it's also not a special surprise, as recent PC game from the series required a lot from CPU and graphics cards if we wanted to have fun at maximum settings.

It wasn't specified whether this means constant 30 fps or whether the animation will go above this value. It's also unclear if there are similar plans for PlayStation 5, and it's also possible that a lower resolution option will be offered in exchange for 60 frames per second.

The creators also reported that the power of the Xbox Series X will not only provide 4K resolution. We can also expect a higher level of detail than on older generation devices and much shorter loading times.

Let's recall that Assassin's Creed: Valhalla is coming to PC, Xbox One, Xbox Series X, PlayStation 4 and PlayStation 5, as well as the Google Stadia streaming service. The game will be released later this year. It is worth mentioning that the game will be part of Smart Delivery. Thanks to this, people who buy the game on XONE will receive a free copy on XSX.

Basic PS5 May be More Expensive Than Xbox Series X