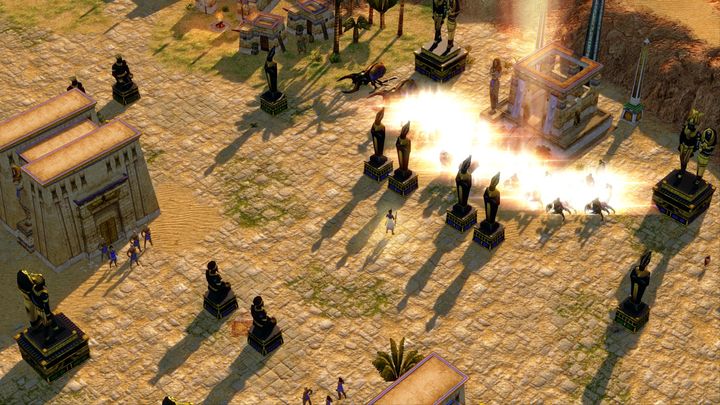 Age of Mythology is not forgotten, but it is not a priority for Microsoft.

Age Of Empires has been going through a renaissance lately. In November last year we received a refreshed version of the first part of the cycle - Age of Empires: Definitive Edition - and the other two installments of the classic trilogy will have similar releases. Additionally, the fourth part of the series has been announced. According to Adam Isgreen, the Creative Director of Age of Empires, there's more. In the coming years, Age of Mythology may also experience its second youth.

In an interview for Eurogamer, Adam Isgreen said that Microsoft is currently focusing on the Age of Empires franchise. His love for myths will not allow him to forget about Age of Mythology. He wants to reactivate the franchise as soon as the work on Age of Empires is completed.

"So we're going to be doing a patch for Age of Mythology [Extended Edition] really soon, because there are some exploits and some things out there that we know players would love us to get rid of, so we're going to be doing that. After we get through the Definitive Editions for the three here, and 4 is kind of rolling, then we're going to look back and see what we can do with Myth. Because I love Myth, we're not going to leave it behind, we'll figure out what to do with it then."

At this moment it is not known in what form the new Age of Mythology would appear. It might as well be a sequel as a Definitive Edition. However, it is known that the title is not a priority at present. Therefore, we will be able to count on more details only after the release of Age of Empires IV.

It is worth recalling that Age of Mythology is a real-time strategy by Ensemble Studios, a spin-off of the Age of Empires franchise. Originally it was published on PC in 2002. In the game we enter an ancient world, shaped by the myths and beliefs of the time. Twelve years later the title was remakeed by SkyBox Labs. The refreshed version met with a moderately warm welcome - the average rating on Metacritic is 66%.

Tactical RPG Solasta: Crown of the Magister has Been Announced