Recently, Blizzard is no longer seen as the golden boy of the industry, loved by all players. More and more often we hear voices about the internal problems of the studio. A few days ago, one of Blizzard's former employees allegdly publish an extensive entry on 4chan, containing a number of sensitive information about his previous employer's condition and details of the projects the company is working on. Some of his revelations coincide with what we already know. These include, for example, the budget cuts imposed by Activision, the ongoing work on Diablo 4, and series of layoffs affecting hundreds of people. Other reports, however, seem to be completely fantastic and are not based on any known facts or rumors. As usual with this type of anonymous entries, there is a huge probability that we are dealing with a mere fiction. Occasionally, however, it happens that such leaks turn out to be more or less true. Below you will find a comprehensive summary of the anonymous user's unofficial revelations. 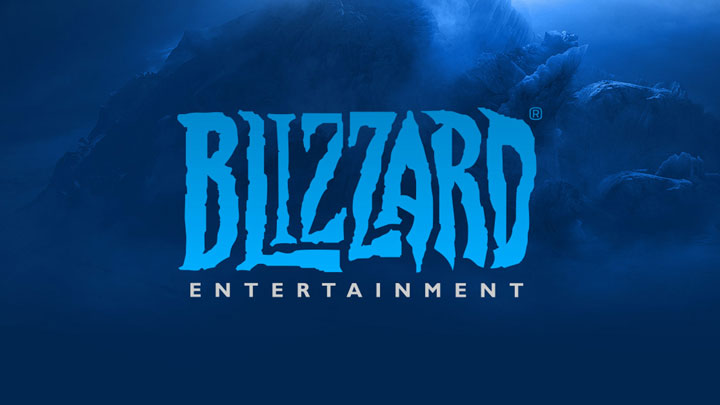 According to the anonymous, the atmosphere in the developer team is extremely gloomy and its morale has reached the bottom. None of the management takes into account the opinion of the staff and, despite their resistance, still puts too much emphasis on e-sports. Employees with less than fifteen years' seniority were put against the wall and had to agree to a salary reduction or they would have to resign from their position and leave the company. Activision, demanding budget cuts and savings, is to a large extent responsible for this state of affairs.

The forced exodus of the crew has consequences. Blizzard begins to lack specialists, so that important positions are currently occupied by completely unprepared people, who must continually consult with subordinates when making decisions. Developers who are still left in the studio are condemned to endless overtime. According to the source, due to stress and helplessness, people were openly crying in the corridors, and one of the graphic designers was sent on forced leave after he was caught trying to injure himself. The management is trying to remedy the situation by attracting students to work, as well as by outsourcing. The dismissed devs were to be replaced by cheaper third-party workers from the Thai studio XPEC.

Attention: Although all the revelations in this news should be treated with great reserve and skepticism, some of the information below may turn out to be spoilers.

The work on Diablo 4 dramatically picked up pace after fan reactions to the announcement of Diablo Immortal. However, it is not about the reception of the fans, but rather the sceptical attitude of shareholders and investors towards the project. According to the source, the most shocking thing is that the game will be shown in its entirety from the perspective of the first person. The title that Blizzard describes as the first "fantasy shlooter" in history. (hack and slash looter shooter), is to run on the engine from Overwatch and fill the gap in the Activision catalogue, created after losing the Destiny franchise. Blizzard is supposed to be in panic, however, because the mechanics still leave a lot to be desired, especially when it comes to the implementation of the loot, which is the essence of the game. The developer is also worried about the reception of Anthem by players and the declining popularity of games as services.

Initially Diablo 4 will offer only three character classes. Five more are planned as part of the paid, seasonal updates/expansions. In the campaign, we're supposed to ally ourselves with the demons. After hundreds of years of relative peace, angels are becoming more and more ruthless and authoritarian, planning to "cleanse" the world of Sanctuary from people. The game's tag line is "Let out your inner demons". It is directly connected with one of the game mechanics, which is a copy of the special skills of Overwatch heroes. Each of the heroes in Diablo 4 will have a powerful demonic attack. The final boss of the game will be an angelic version of Diablo called Diabael Priums. At the end of the campaign, it will turn out that Diablo was acting in the interest of the Sanctuary from the very beginning. For centuries he has sought a man who will be able to overcome him, thus gaining the strength and power to face the coming invasion from the "abyss", which equally threatens men, demons and angels. The launch of Diablo 4 is planned for spring 2021. The target platforms are PCs (Battle.net), PlayStation 5, Xbox Scarlet, and the unannounced Activision streaming service, which will use Microsoft's infrastructure and servers.

The work on Overwatch 2 is to continue at full pace. It is worth noting that this information seems to be confirmed by other leaks. Anonymous sarcastically described the production as "Left 4 Dead with robots", enriched with a large number of cosmetic items. The devs were supposed to listen to the opinions of the fans, so the game will push the story of the series forward and won't focus only on the events of the past. In the game we will get to know the third playable faction, which will be led by a mysterious Technomancer, who has the power to bring the dead back to life by means of nano-robots. Her special ability is to resurrect opposing team members as mechanical zombies, which will then attack former allies.

Anonymous also gave some details about the fate of known and liked characters from Overwatch. Tracer's girlfriend will die in tragic circumstances. Widowmaker will help her come to terms with this loss and the two will have a romance. This will be possible as the Widow will finally be freed from the influence of the Talon organization and will act on her own. We will also learn that McCree is in fact one of the three clones of Soldier 76 (which is supposed to be the developers' nod towards the Metal Gear series), and Reaper will "come out of the closet" and turn out to be gay.

Fans should not expect big changes in the audiovisual setting of the title. Overwatch 2 is supposed to use the same engine as its predecessor. The fact that Blizzard has to prepare a Nintendo Switch port will also hinder the introduction of major changes to the graphics. A new feature will be the possibility of having fun with a friend on a shared screen. No lootboxes will appear in the title. It is worth noting that the reluctance and fear of developers about this form of monetization of games is prevalent in many points of the leek. Lootboxes will be replaced by classic microtransactions. Players will be able to buy character skins, which will be available for a limited period of time (usually in a weekly rotation). As with Fortnite, some items will only be available for a single season, after which they will never be available again.

According to the anonymous, no one in the studio doubts that RTS as a genre died of natural causes, and with it the classic StarCraft and StarCraft II. The StarCraft II e-sports scene is perceived as a failure (we wrote about reports about low morale in the e-sports section at the beginning of June). Blizzard will not develop and significantly support the title from now on. Currently, the efforts of the studio are focused mainly on Diablo 4.

The cancelled shooter set in the universe of the series, about which there was a lot of publicity a few weeks ago, was supposed to operate on a game-as-service basis, providing large story updates/DLC at regular intervals. The production was the developer's response to the Gears of War series, while drawing inspiration from it. The campaign was to take place during the events presented in the Heart of the Swarm and Legacy of the Void expansions. Its main character was Tychus Findlay, who was to survive after he was shot by Jim Raynor in the campagn of Wings of Liberty. The protagonist was rescued by a mysterious man, who turned him into a cyborg, and then entrusted him with the command of a four-man unit sent on special missions. The developers planned to put a large number of RPG elements into the game. Improving cyber-augmentation would give us, for example, an advantage in combat, but we would slowly lose our humanity and, with it, further dialogue options. Findley's equipment would also include a variety of Zerg bioweapons. The epilogue of the story campaign was to take place many years after the end of the expansions and present a new threat to the fans, introducing another faction to the Starcraft universe, which arrives from outside the galaxy. The epic struggles with the terrifying invaders, whose visual design was inspired by the work of the cult artist H.R. Giger, were to be the focus of the next planned expansions.

After the series of successes that Final Fantasy XIV is currently enjoying, any mention of Square Enix's work in WoW team is taboo, especially after the Japanese developer announced at E3 2019 that it has more than a million active subscribers. Anonymous admitted that FFXIV has already outperformed World of Warcraft in this respect. Interestingly, developers planned to introduce lootboxes to the game, but after controversies from last year they gave up the idea.

The most satisfied team in Blizzard is the crew dealing with classic World of Warcraft servers. This arouses a lot of envy on the part of WoW's main team, which is paranoid and unsure of its position. Blizzard wants to offer fans two more classic worlds in the future, based on The Burning Crusade and Wrath of the Lich King.

Another large add-on will reduce the maximum character level to 60, and this option will be tested in the 9.0 update. Challenges in the game world will scale to the strength and equipment of our hero, just like in The Elder Scrolls Online. Players will also receive two new playable races (Vulpera and Mechagnome). The shape of the expansion will depend on the final response of the players to the Battle for Azeroth campaign. The team allegedly has two competing ideas in mind.

The team working on Hearthstone is supposed to be in disarray because of the constant quarrels with the new boss. The fact that a large number of players have already given up on the title does not help the situation. Such a rapid and drastic decline in interest in the title has so far been unheard of in any of Blizzard's productions. The developer is equally concerned about Hearthstone's future in the context of the fight between public opinion and politicians against lootboxes. Various ideas are being considered to replace existing random card packs with other forms of monetisation. Similarly to other Blizzard franchises, despite all efforts and money, the studio is disappointed with the shape and popularity of the e-sports scene of the title. The VR version of Hearthstone was also planned for a while, but the project was abandoned.

Age of Mythology May Return in the Coming Years