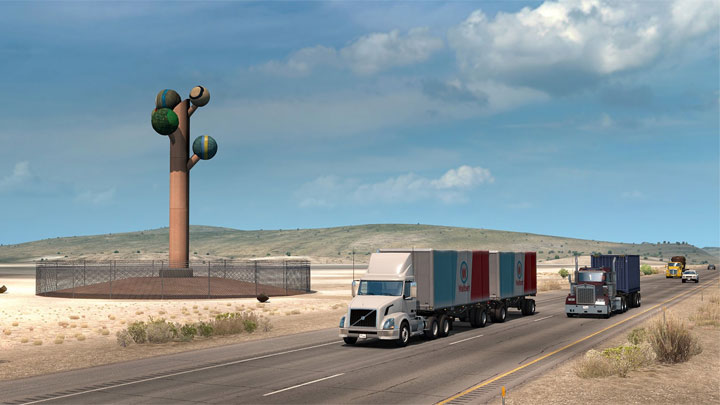 The expansion will be released this year.
AMERICAN TRUCK SIMULATOR IN A NUTSHELL:

SCS Software Studio announced American Truck Simulator: Utah, a new expansion to the popular truck simulator from 2016. As usual, the devs had released first screenshots a week earlier, but they didn't tell us what they were about. Fans quickly came to the conclusion that it was an expansion focusing on the state of Utah. Now we know they were right.

Just like the previous additions, American Truck Simulator: Utah is supposed to be a non-standalone expansion, so you will need the basic version of the game to play it. The production is expected to debut later this year, but the authors are not ready to give the exact date yet.

Utah is the thirteenth largest state in the United States in terms of surface area. It's inhabited by three million people. The game will offer both rocky terrain, snow-covered mountains and bustling metropolises. Players will be able to cooperate with a wide range of companies dealing with mining and modern technologies. Compared to the basic version, there will also be new goods for transport.

American Truck Simulator was released on February 2, 2016, only on PC. So far the game has received three large paid expansions in the form of 2017's New Mexico, last year's Oregon and Washington, which was released last month. It's a big surprise that Utah is expected to debut in 2019, because the team has been releasing one addition a year so far.