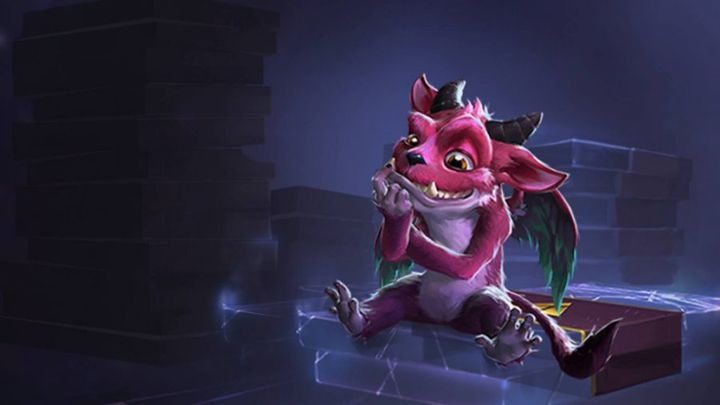 What's next with Artifact?

Artifact, Valve Software's card game set in the universe of DOTA 2, debuted on PC at the end of November last year. Initially, the production seemed to be another success for the creators of the iconic Half-Life and Portal series, but interest in it quickly declined. Eventually, the developers decided to stop the development of the game and subject it to thorough modifications. Richard Garfield, the lead designer of the title, also known for creating the famous Magic: The Gathering, talked to Eurogamer about his experiences with Artifact.

Players point out a few basic cons of this production, such as excessive importance of luck in the game and too much money that actually has to be put into Artifact in order to achieve success. According to the game's lead designer, many of these allegations are not covered in reality.

"A lot of the issues the players have, that there's been complaints about, there's demonstrable information to the contrary," says Richard Garfield, creator of Magic: The Gathering and consultant come lead designer for Artifact. "So, for example, when players complain about the luck in the game, there is demonstrably more skill in this game than in any other digital trading card game as measured by the Elo rating that players achieve.

So there's this complaint but there's this black and white contradiction to it. For people complaining about the price, there's a complaint about how much money it [Artifact] costs, but there's a black and white contradiction in the sense that if you want to be competitive in a game like say Hearthstone or Magic, you have to pay far more," the designer noted.

Unfortunately, when some players believed that a large dose of luck was required to succeed in Artifact and started spreading this information, it was difficult for developers to prove that this was not necessarily the case. The damage was done, however and viral marketing has started to work against Valve Software's title.

"Valve like their players to drive their marketing," continues Garfield. "I think that at some point, you have to take control of that yourself. They have some very positive messages there and very positive things in their game design and they're being sort of misrepresented by a lot of the player community." 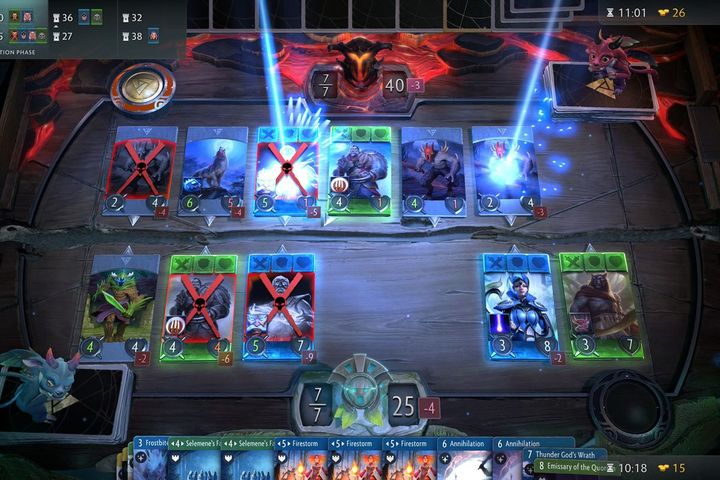 Success in Artifact requires a lot of money to be spent on cards.

Richard Garfield admits, however, that the second charge - too high a price - actually hides a grain of truth. In his opinion, there's something wrong with Artifact's prices. The problem concerns the entire business model of the game, which assumes the possibility of buying and selling cards on the Steam Market. In his opinion, the production would do better if it started as a free-to-play title.

"Obviously, when the customer's complaining about it, there's something wrong," says the developer. "What's wrong might be your marketing efforts, or your explanation, or you're not providing enough value, or you're charging too much. There's a whole myriad of things that could be wrong but it's pretty clear that something was wrong there on that particular disconnect. I think a free-to-play game would have probably passed some of the initial bars better.

Is there still hope?

According to the developer, the game can still be saved. Creator of Magic: The Gathering is convinced that Valve does not lack the talent necessary to do this.

I think the underlying game is excellent and original. It gives the player something new. So in that sense, since there's something there to offer the player, I think it's possible to save it. Since Valve is a smart company with lots of smart people working there, I think that it's possible they can do that," said Garfield.

Richard Garfield will not support developers with his experience, because he no longer deals with the title. In March Valve decided not to extend his contract with his company, Three Donkeys, which also employs Skaff Elias (long-time vice president of Wizards of the Coast). The lead designer of Artifact admits that he has other priorities.

"Personally, I'm interested in designing new games or expanding old games," says Garfield. "I don't want to be involved in damage control and figuring out how to find an audience for this game," added the designer.

Artifact is available on PCs via Steam. The production is also planned to be released on mobile devices, but in the light of its problems, it is difficult to say when (and if at all) it will happen.

Next-gen Nvidia GPU Will Debut in 2020