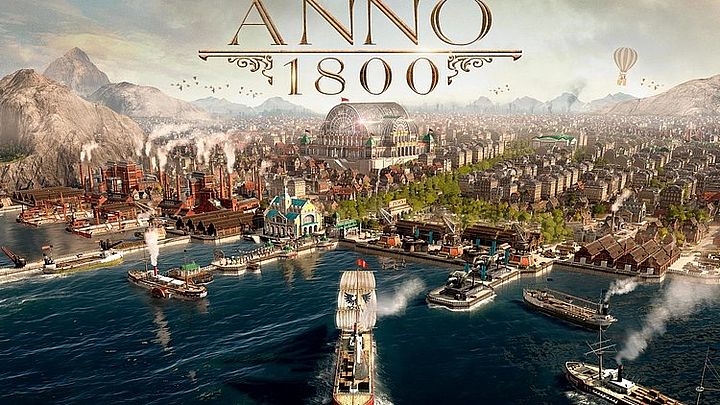 Let us hurry to love Steam games, they depart so quickly.

Ubisoft has once again decided to take a bold step concerning the release of its upcoming game. As with The Division 2, the upcoming Anno 1800 will be an exclusive title on Epic Games Store and Uplay. The information was provided by the studio on official game website. If you want to purchase Anno 1800 as a preorder on Steam, it's still possible. The official message on the website reads as follows:

Sales of Anno 1800 will be discontinued on Steam after April 16th due to a publisher decision to make the game exclusive to another PC store. The publisher has assured us that all prior sales of the game on Steam will be fulfilled on Steam, and Steam owners will be able to access the game and any future updates or DLC through Steam.

Such move on the part of Ubisoft is the result of long-term cooperation between the publisher and Epic Games. As a result of this agreement, selected titles will only appear on the Epic Games Store and Uplay. Unfortunately, we can expect Anno 1800 to follow in the footsteps of The Division 2. The digital version of the game will be available only on the two aforementioned stores.

If you have placed a pre-order before the exclusivity information appeared on the Epic Games Store and Uplay, you have nothing to worry aboutAll updates, upcoming DLC, as well as multiplayer mode (with copy owners from other stores) will be available for you. The only limitation for owners of Steam versions will be that they will not be able to participate in open beta tests, which will only be possible through the Epic Games Store and Uplay. Fortunately, there is still some time left until the release, scheduled for April 16. That's why if you want to buy the title on Steam, you still have the opportunity to do so. We would like to remind you that Anno 1800 will come out only on PC.