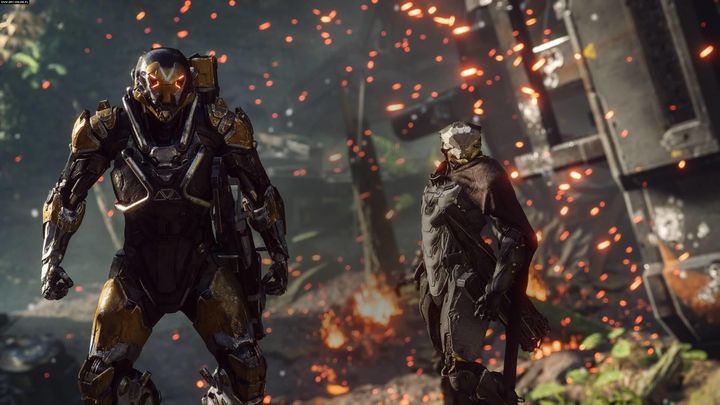 Electronic Arts shared its development plans for the upcoming online shooter Anthem. Post-release support will be implemented in a series of subsequent stages, called Acts. The first one, titled Echoes of Reality, will launch in March and will include three updates: Evolving World, Stronger Together and The Cataclysm. 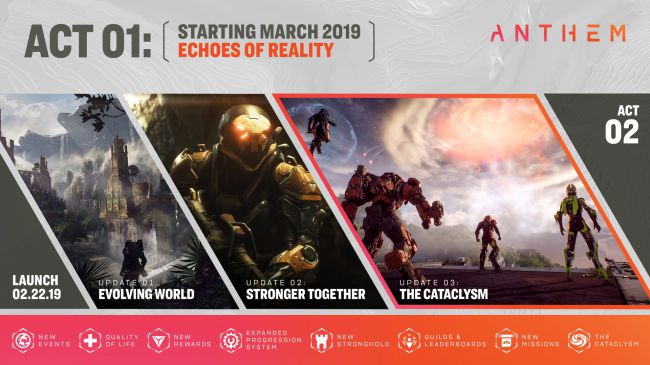 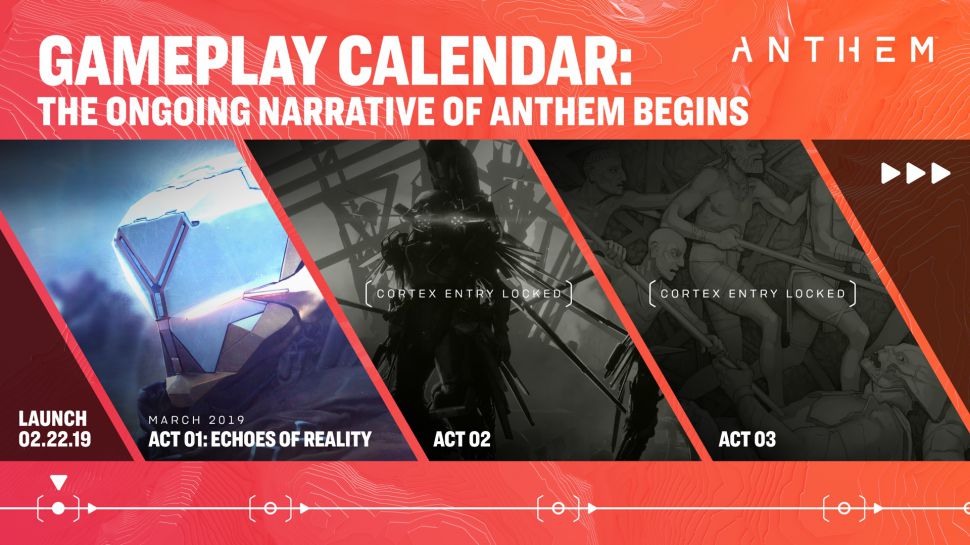 The developers did not provide any detailed information on individual updates, but their earlier statements enables us to make some assumptions. The name of the Evolving World update seems to refer to an open world and will probably make it more varied and unpredictable (you can expect that this will relate to e.g. the impact of the weather on the game environment). In the second patch, Stronger Together, the developers are likely to focus more on co-op content and online features. The culmination of Echoes of Reality will be the first cataclysm  temporary events of this type have already been mentioned many times the developers  for example in the following video devoted to end game content.

We would like to remind you that Anthem will debut on February 22 on PlayStation 4, Xbox One and PC. A week earlier, the full version of the game will be made available to Origin Access Premier subscribers. On the same date (February 15), Origin Access (basic) and EA Access subscribers will have access to a 10-hour demo.