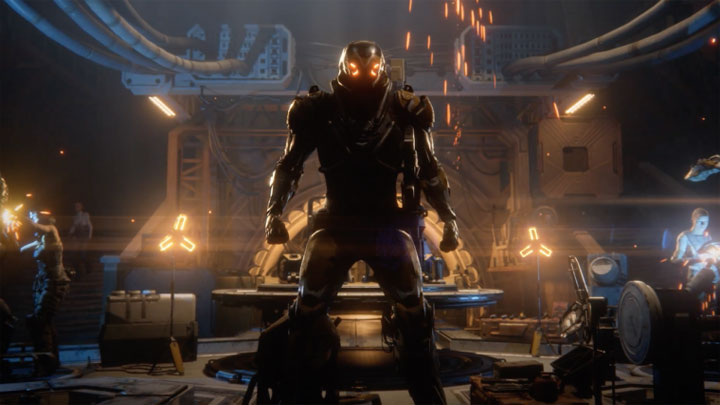 Anthem is BioWare's first new IO in ten years.
ANTHEM IN A NUTSHELL:

The day of the official release of Anthem, the latest loot shooter from BioWare, has come. The game has hit PC, Xbox One and PlayStation 4. The day one patch also made its debut today. It brings a much needed reduction of loading times and a lot of technical corrections.

Today's release is called "official", as the game was actually playable since last Friday. The full version was then made available to Origin Access Premier subscribers. A week ago, the 10-hour trial for EA Access and Origin Access subscribers was also launched.

A lot of reviews have already appeared on the web and the reception of the game is mixed at best. The PC version of Anthem currently has an average rating of 61% on Metacritic.

Despite the disappointing scores the game seems to have some potential. In general, the game is being praised for basic gameplay mechanics, such as exploration and combat. The main criticism is the plot and the small variety of missions. Several productions competing in this category, including Destiny 2 and Tom Clancy's The Division, also had a poor start, but then the developers managed to turn both titles into noteworthy positions. It remains to be hoped that BioWare will be able to repeat this feat.