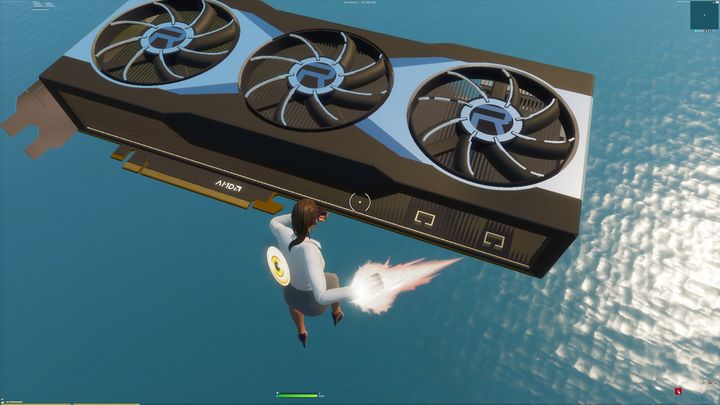 Here is a sample card from the Radeon RX 6000 series.

AMD has revealed the appearance of the Radeon RX 6000 series of GPUs, and this was done in a rather unusual fashion - a giant GPU appeared in the sky in Epic Games' megahit game ,Fortnite. Players were able to examine the GPU from all sides. Shortly afterwards, a picture of the Radeon - this time in a more classic form - was also posted on Twitter.

We'll find out more about AMD's new GPU on October 28, when we'll probably also learn the release date of the Radeon RX 6000.

EA Announces the End of Origin

Microsoft Tried to Take Over Bungie; The Devs Deny