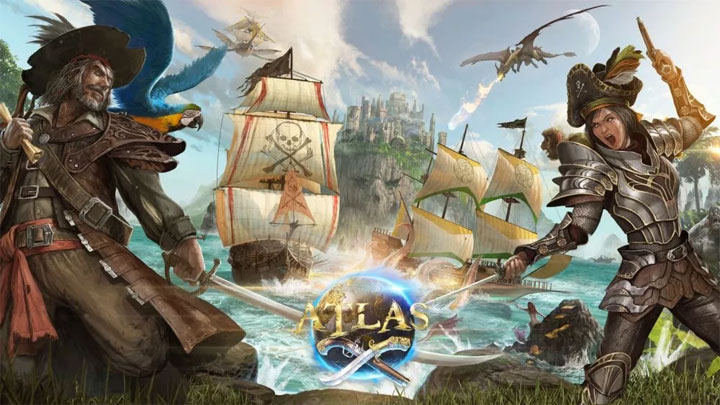 The future of the game looks grim.
ATLAS IN A NUTSHELL:

Grapeshot Games staff have reasons to be concerned. Their pirate MMO ATLAS is losing players fast. According to Steam Charts data, the average number of users playing at the same time in the last 30 days was a little over 10 thousand people. This is a result that many developers can envy, but the situation no longer looks so rosy when you look at the previous statistics.

In December, an average of 39 thousand players had played at the same time, and in January this number fell to 26 thousand. In February, it was only 11 thousand, and last week the game did not even once achieve the result of 10 thousand people. The downward trend is therefore clear and, what is worse, the game is losing users at a fast pace.

The game is a debut project of Grapeshot Games studio, founded by people who previously worked on ARK: Survival Evolved. This production, despite being almost four years old, can boast much better results. The average number of players playing at the same time in the last 30 days amounted to over 37 thousand people.

Let us remind you that ATLAS has entered Early Access on December 22, last year. For now it is available only on PC, but there are plans to release it on Xbox One.

ATLAS was not warmly welcomed. The game hit the market in a terrible technical condition, with bugs that often made it practically impossible to play. Only 34% of user reviews on Steam are positive. The creators did not give the official sales results, but according to estimates of the paid version of SteamSpy, about 1.35 million people have bought the game on Steam.

After the release, the authors threw everything they had into improving the game. Today ATLAS is in better condition than it was in December, but the game still leaves a lot to be desired. This raises the question of whether, with its shrinking community, the creators will be able to continue the development of the project for a long time.